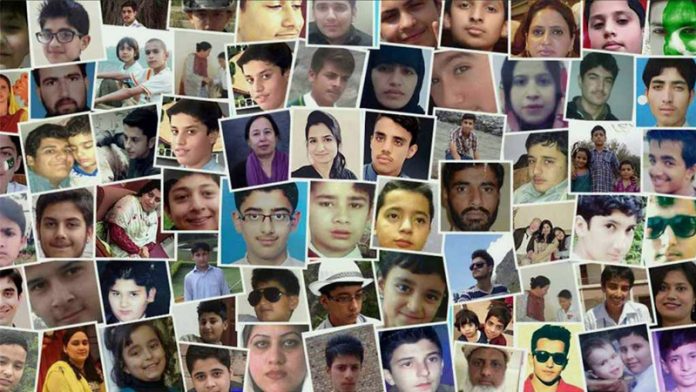 PESHAWAR: The Supreme Court of Pakistan on Monday disposed of a suo motu case regarding terrorist attack on the Army Public School (APS) Peshawar.

As the hearing of the case started, Chief Justice of Pakistan Mian Saqib Nisar inquired the advocate general of Khyber Pakhtunkhwa about the progress of the judicial commission formed by the apex court to probe the APS attack. The advocate general told the court that the commission had recorded 147 testimonies, and it is yet to record the evidences of 109 more witnesses. He said the commission will submit the report in the apex court as soon as it is completed.

The chief justice disposed of the case and directed the probe commission to submit its report in the Supreme Court when all testimonies are completed.

On 16 December, 2014, 144 persons, mostly students, lost their lives and many others were injured in a terrorist attack on the APS Peshawar. The terrorists were also killed in a military operation. The APS attack is considered the most tragic and heinous terror incident in the history of the country.

On the request of the parents of the martyred students, Chief Justice Saqib Nisar had ordered formation of a probe commission under Justice Ibrahim Khan of the Peshawar High Court (PHC) to probe the incident. The commission was constituted on 12 October, 2018 and it was asked to furnish report within six weeks. However, it got extension as several important statements are yet to be recorded.

The chief justice took up the case last year when during his Peshawar visit he was surrounded by the parents of the APS martyrs who were demanding justice for their children and judicial probe into the incident to fix responsibility.

On 10 January, the probe commission requested the apex court for another month to complete its investigation. However, the court had said the commission should complete the inquiry as soon possible. Subsequently, on 11 January, the commission summoned former corps commander Peshawar Lt Gen (R) Hidayatur Rehman and former KP inspector general of police Nasir Khan Durrani and some other officials to record their statements.