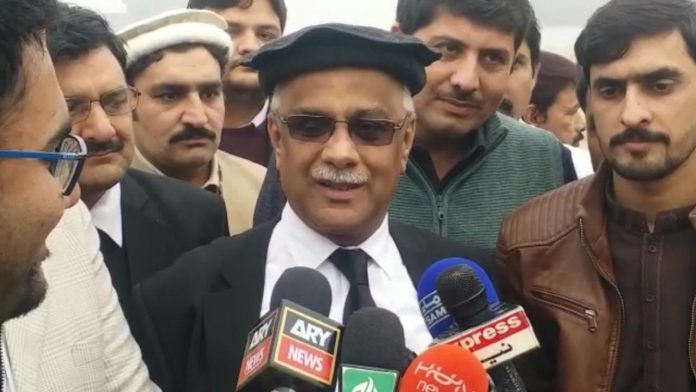 PESHAWAR: Chief Justice Peshawar High Court (PHC), Justice Waqar Ahmad Seth has said that the Supreme Court of Pakistan has upheld his judgment against FATA interim governance regulations but the provincial government has asked for more time to complete the process of legal reforms for newly-merged tribal areas.

Justice Waqar was talking to media at Arbab Niaz Cricket Stadium after the lawyer’s cricket match on Tuesday. He added that the supreme court of Pakistan has directed the government that time up to six months can be granted if they submit an affidavit in this regard to the court.

Justice Waqar declared several sections of FATA Interim governance regulations, 2018 illegal and against the constitution on October 30. The two-judge bench headed by Justice Waqar ruled that it violates the provision of separation of powers as under the regulations an executive or deputy commissioner is exercising judicial powers. The court had given one month time, to complete legal reforms for tribal areas.

The FATA Interim Governance Regulation, 2018, which replaces the Frontier Crimes Regulations, was enforced on May 28th 2018. It provides an outline of how the tribal areas will be governed “within a timeframe of two years” after its merger with KP.

But the PHC has declared it illegal after the KP government challenged the judgment in SCP contending that the law of the land has been extended to the tribal districts but developing policing and related departments will take time.

After the merger of Tribal areas with the province, there is a need of more judges for Peshawar high court to cope with the growing number of cases. Justice Waqar said that at present there is a need to add five more judges. The Chief Justice said that the KP Bar association has also called for five more judges. But he added that they are still trying to complete the actual 20-judge strength of PHC. At present, the total strength of PHC judges is 18.

The chief justice appreciated the lawyers for organizing a cricket tournament. He expressed that tradition of sports events is fading away in the province. He added for a healthy society, sports play a very important role; therefore, there is a need to revive the traditions of sports.