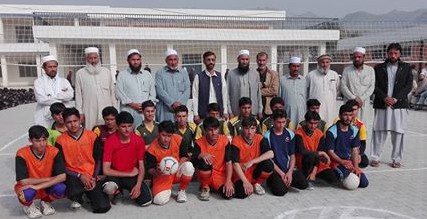 Senator Haji Taj Muhammad was the chief guest on the occasion. He distributed prizes among the players of the winner and the runner-up teams. A total of six teams, two each from the three subdivisions of the agency, participated in the tournament.

Khyber Super Challenge is organized by the local authorities in which different sports competitions are held among the students of government and private schools of the Khyber Agency.