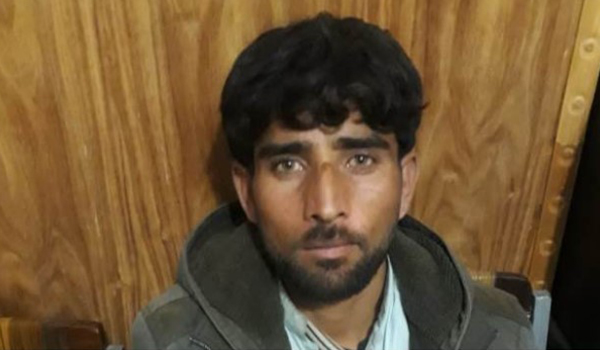 NOWSHERA: The accused behind the horrific rape and murder of an eight-year-old girl, Manahil has accepted charges framed against him in the Anti Terrorism Court, Mardan on Friday.

The accused Yasir was produced in the courtroom of senior Anti Terrorism Court Judge in Mardan under a tight security arrangements where he recording his initial statement. The judge, after recording his statement, has handover the accused to the Nowshera police on fourteen- day judicial remand.

Manhil, A grade-three student at a private school was kidnapped, raped and murdered by crushing her head with a heavy in a graveyard in Nowshera Kalan on Kheshgi road. It is pertinent to mentioned here that Khyber-Pakhtunkhwa Police arrested the prime suspect within two days after interrogating 20 suspects in connection with the case.

Police said that the 21-year-old man had been arrested after his DNA sample was matched with samples taken from the crime scene. During the investigation process, police said, they have arrested over 200 DNA samples.

The accused, Yasir, was the victim’s father’s friend and had been taken into custody from his house.

The FIR of the occurrence had been registered with Nowshera Kalan police station under section 302 of Pakistan Penal Code. The police said that they have also added sections of Anti-terrorism law and charge of rape of the minor girl so that he may be given an exemplary punishment. District Police Officer (DPO) Mardan Mansoor Aman said that they have generated profiles and conducting an investigation along scientific lines in the time-consuming process.

The brutal rape and murder of girls in Nowshera and Havailain outraged the whole country and demanded the state for exemplary punishment for child sexual abuse.  Human rights activists and people from civil society on yesterday (Thursday) at a press conference at the National Press Club, Islamabad called upon the government to strictly implement the existing laws on child sexual abuse and also legislate to remove lacunas in the existing laws.