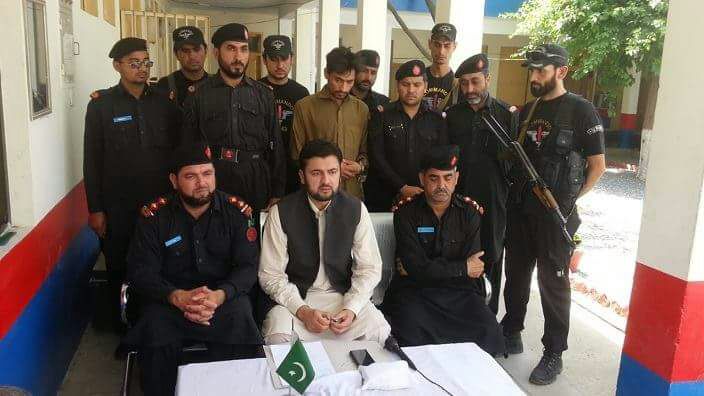 MALAKAND: A suspect involved in the murder of a currency dealer in Malakand district has been arrested.

Malakand Assistant Commissioner Muhammad Arif, Subedar Major Abdul Wahad and Dargai Levies Post Commander Dost Muhammad said while addressing a press conference in Malakand that a gang of robbers had killed a currency dealer Muhammad Zada in Dargai Bazaar few days ago on offering resistance during a robbery attempt and also took away money. They said the Levies Force conducted investigation into the case and arrested a notorious robber of the gang, Farman. They said Rs400,000 cash, a pistol and motorcycle used in the robbery was also recovered from Farman.

It is understood that Farman got Rs400,000 as his share from the robbed money. The officials said the robbers’ gang belong to Barang area of Bajaur tribal district. They said Farman was earlier awarded 33-year imprisonment in a murder case, but was released later. They said raids are continuing for the arrest of other gang members. They vowed to provide justice to the family of the slain currency dealer.

The traders of Dargai Bazaar had staged massive protests after the murder of the currency dealer on 28 May.