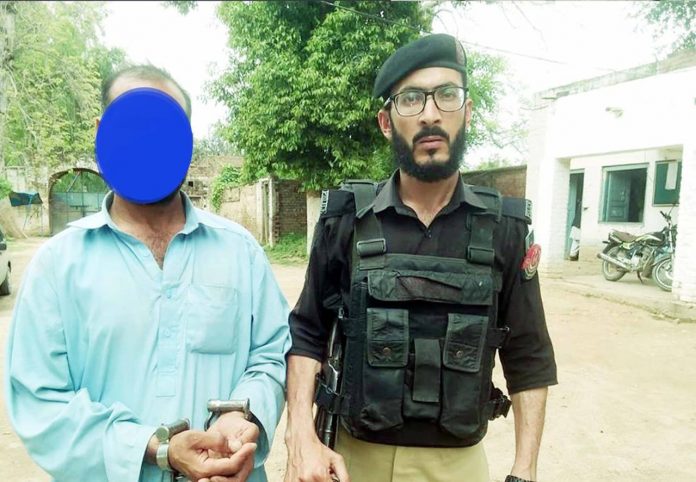 SWABI: A teenage boy informed the Parmoli police station that he was allegedly raped and kept in detention for whole night in a room of hotel here in Swabi City on Saturday. After the case was registered, police raided the hotel and arrested the accused, Ajab Gul, a resident of Parmoli.

According to detail, a teenage boy Anwar Zeb has registered a case with the Parmoli police station that he was raped throughout the night and finally made his escape good from the hotels’ room. He has nominated Ajab Khan, a resident of Parmoli, in his FIR,

He added that he has visited the house of his uncle in Rawalpindi and when he reached the Swabi bus stop, Ajab has allegedly taken him by force to a hotel, where his clothes were removed and was kept in the room for the whole night.

Zeb said that he was warned of dire consequences if he informed anyone about it.

On the complaint of Anwar Zaib, police have arrested Ajab Khan. And started registered a case against him under Liaqat Shah, the Station house officer (SHO) of Parmoli police station said that they have immediately launched a raid on the hotel and arrested the accused. Police said that a case has been registered against Ajab Khan under the relevant section of law and police is conducting further investigation into the case.

The violence against children has increased in the country, As per the Khyber Pakhtunkhwa Child protection and welfare commission date, At least 222 cases of sexual abuse against children were reported in the province between May 2011 and December 2017. The data reveals that 155 victims were male and 67 female. The highest number of such cases, 38, are being reported from Abbottabad, 37 cases were reported from Swabi, 35 from Mardan and 30 from Charsadda. The data reveals that a total of 29,026 vulnerable children were registered with the department during the period, of which 17,794 were males, 11,226 females and six transgenders.