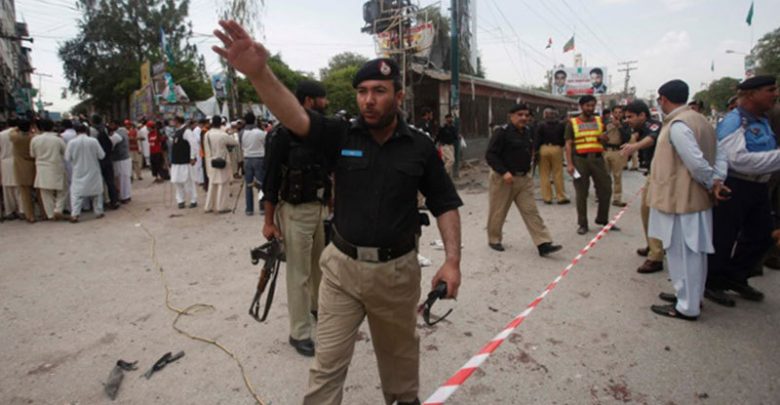 SWABI: A motorcyclist was shot dead on Tuesday on a checkpoint in Sher Abad area of Swabi after he ignored a signal by the police to stop.

The police said that Junaid was on way somewhere with his friend Mehran on motorcycle when police on the checkpoint signaled him to stop. The police opened fire on them injuring them seriously. They were shifted to Shah Mansoor hospital from where they were referred to Peshawar.

However, Junaid died on way while Mehran is critical.  SHO Lahore Police Station said that FIR has been registered against four police constable present on the occasion and arrested.Locals protested the killing of the two men by police and demanded action against them.

Meanwhile, DI Khan police claimed to have killed a suspected militant while acting on a tip off. The police recovered a hand grenade and pistol from custody.