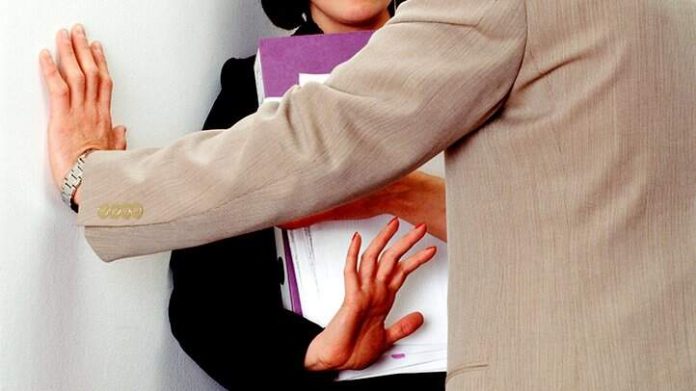 SWABI: After the Peshawar University incident, now a female employee of the Swabi University has also accused a deputy registrar of harassment.

Micro-Biology Department Office Assistant Rifat Jabeen has written a letter to the Khyber Pakhtunkhwa governor in which she has alleged that Deputy Registrar Babar harassed her and offered her promotion in return for illicit relations. The female official alleged that the deputy registrar was using the girls hostel for objectionable activities and when she raised voice against his activities, she was transferred to Micro-Biology Department. She alleged that the deputy registrar is still harassing her and some other female teachers and students.

The letter seeks governor’s help for protecting the female employees and action against the deputy registrar. The letter was written last year which has surfaced now.

The Swabi University incident has been reported a week after a girl student of the University of Peshawar accused a professor of harassment over not accepting his immoral request.

The girl has filed a petition against the professor in the Peshawar High Court (PHC). The girl has alleged that the professor failed her in a paper over not accepting his immoral request. The court has sent notices to the vice chancellor of the university and the accused professor and sought their replies.

A two-member bench of the PHC comprising Justice Ikramullah and Justice Ishtiaq Ibrahim heard the case on July 25. The petitioner’s lawyer Alam Khan said his client has got A grade marks from matriculation to graduation. He said his client also got grade A marks in the first year exam of the Economics Department of the UoP and she is a position holder in the department. He said a female student had filed harassment complaint against the said professor and he suspected that his client had filed that complaint.

The court also asked the concerned authorities to produce the paper of the girl in the court on next hearing which was fixed for August 7.