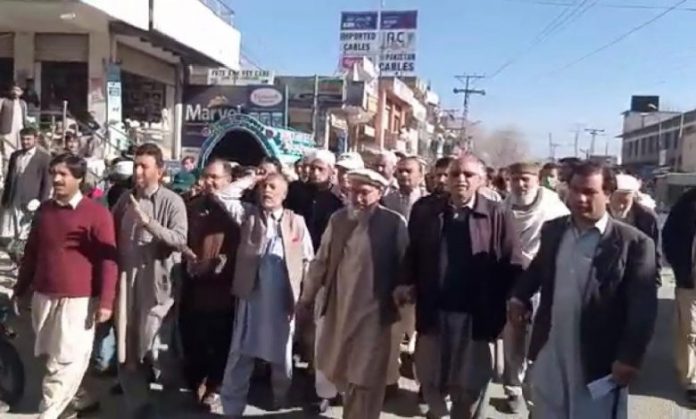 Hundreds of Swat Expressway project affectees protested against road constructions over their agricultural lands on Friday.

The protesters walked up to the Kabal Press Club. At this occasion they announced to not give up their lands for the project.

At this occasions they vowed to not give up any more of their lands for government.

A large number of locals took part in the protest and the press conference. The protesters at this occasion chanted slogans against Khyber Pakhtunkhwa Chief Minister Mahmood Khan and federal minister for communication Murad Saeed. Both the functionaries belong to the Swat.

Earlier in 2016, the then KP chief minister Pervez Khattak had performed the groundbreaking of first phase of the Swat Expressway project. However, the road was opened for traffic two years later in 2018.

Besides in March this year, Prime Minister Imran Khan had formally inaugurated the project after completion of work on its three tunnels. In his speech, the premier had said that construction of phase II project was important for the region’s economic development.