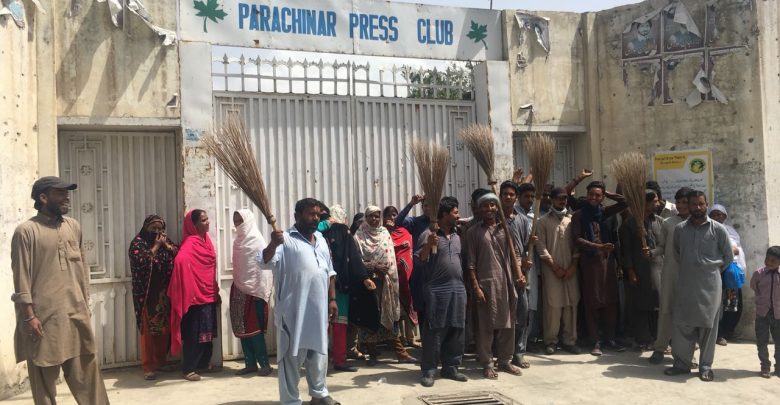 The protesting sweepers who were holding besoms gathered outside Parachinar Press Club and staged a sit-in, demanding of the authorities concerned to release their salaries.

Addressing the protesters, Paveen Masih, Ilyas Masih and others criticized the Parachinar Municipal Authority for withholding their three-months salaries and depriving them of their due rights.

They said that they could neither fulfill their daily needs nor pay for their children fee. “The government allocated specific budget for municipal employees throughout the country but Parachinar Municipal Authority pay their salaries after collection of taxes.

The protesters appealed governor Khyber Pakhtunkhwa to take notice of their plights and order the authority to release their salaries.