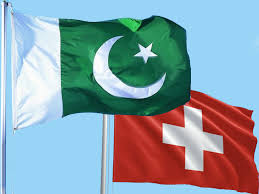 ISLAMABAD: The Embassy of Switzerland celebrated the 728th Swiss National Day and over 50 years of Swiss international cooperation in Pakistan at an event in Islamabad on Tuesday.

Swiss National Day refers to the historic union of three Alpine cantons of Uri, Schwyz and Unterwalden in 1291. The union is the origin of modern Switzerland, which now has 26 cantons.

The event showcased the Swiss Agency for Development and Cooperation’s (SDC’s) work in Pakistan over the past 53 years with a book titled ‘Inspiring Moments: Switzerland in Pakistan over Decades,’ six short films and a photo exhibition.

In over 50 years, the SDC has successfully completed numerous development projects in partnership with governments on the local, provincial and federal levels. The SDC will complete all its projects in Pakistan by the end of 2019, a decision that was taken in view of Pakistan’s evolution into a middle-income country and the need for alternative forms of cooperation beyond classic development work.

Speaking on the occasion, Ambassador of Switzerland to Pakistan Thomas Kolly said, “At this crucial time of transformation, Switzerland remains committed to its friendship and cooperation with Pakistan. We look forward to continue our collaboration through different instruments, and along exciting new pathways.”

Head of Humanitarian Aid and Deputy Director General of SDC recalled his time in Pakistan when he served as the head of UN OCHA in Pakistan from 2009 to 2011. “A new era of cooperation between Switzerland and Pakistan is just beginning. There is big potential in various fields where Pakistan and Switzerland share connection, such as economic development, climate change and water, and sustainable tourism,” he said.