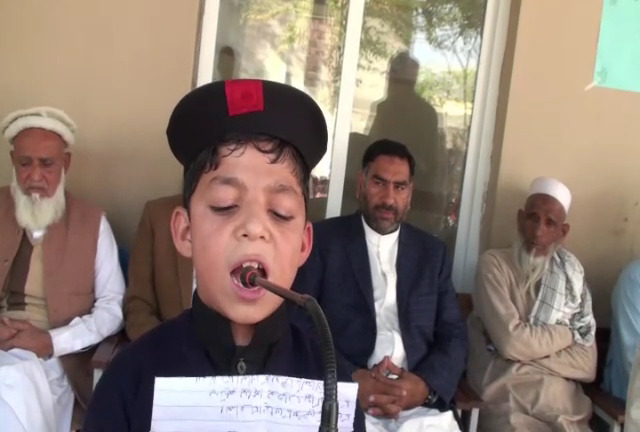 MARDAN: In an incident which may certainly trigger another controversy for the Pakistan Tehreek-e-Insaf (PTI) government in Khyber Pakhtunkhwa, students in a government-run primary school in Katlang area of Mardan were made to sing a PTI song at a price distribution ceremony to appease a local member of the KP Assembly.

MPA from PK-48 Mardan Malik Shaukat Khan visited the Government Primary School for Boys in Khoe Barmol in Mardan on Wednesday where the students were asked by the schoolteachers to sing the popular song: “Rok Sako to Rok Lo, Tabdeli Ae Hai.” A student was singing the song on the dais and the student sitting in the lawn were singing along with him while the teachers were sitting on the stage.

Katlang Tehsil Education Officer Fazal Huda said while talking to TNN that immediate action will be taken over this incident and disciplinary action will be taken against schoolteachers involved in the matter. He said that under the rules, any kind of political songs are banned in the schools and the students can only sing the national anthem.