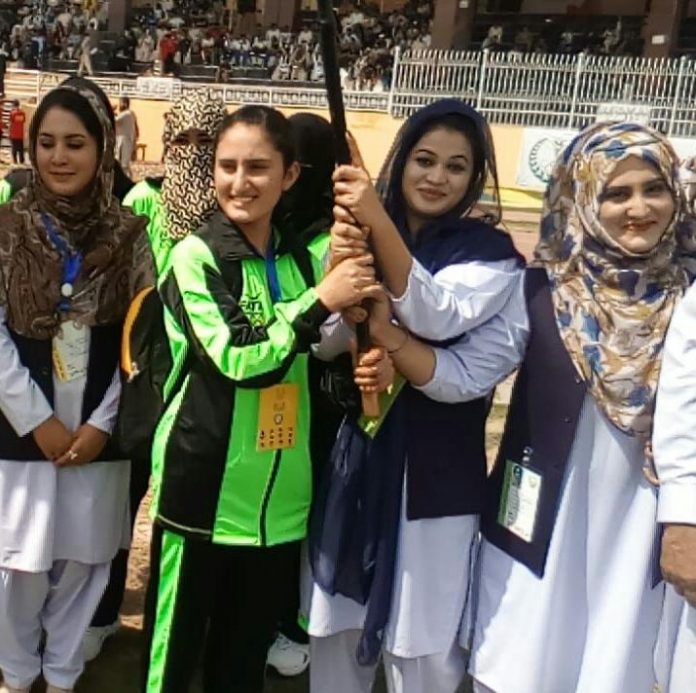 PESHAWAR: I have noticed that whenever I accomplish a challenging task or get success in achieving a milestone, I am being portrayed like I have done something which is usually thought of as being a men’s trait.

When I was participating in the inter-provincial games for the first time, representing the merged tribal districts in Wushu, I was awarded a medal, although that was my very first time to be part of the competition. At that time, people got amazed at my victory, because I was not trained well enough to fight against my opponent who was a trained player from Sindh. While celebrating my victory, I heard a man who was applauding for my victory and wanted to share his good compliments, although his comments were coated with the usual patriarchal chants. He told me in Pashto proverb like “Sam da nar kaar de okro” which means that you have done it like a muscular man.

While it might seem a compliment to so many of the people in our surroundings, but I didn’t feel easy with this comment, because I believe that girls can also be brave, strong, and passionate. I just simply told him politely that I haven’t done something like a man. I did this like a woman and the way you are proud of me, I am proud to be a girl/woman.

Keeping in view the general trend in our society, I wouldn’t prefer blaming a particular person, rather it’s a general societal issue with its feet being deeply plunged into the old patriarchal structure. In this society, almost everything has been associated with gender. For example, when we hear about bravery, strength, power, anger and leadership, we think these are men’s characteristics, while on the other hand; fragility, shyness, whining and dependency are considered to be purely feminine traits. So whenever someone tries to break these chains of the defined boundaries so they find a sort of very benign resistance, either in one or another form. Even men are not safe from this very stereotyping because whenever they get emotional they try to hide it just because of reason that they are thought to be emotionally strong.

To cut it short, I believe that people shouldn’t be weighed based upon their gender, nor their achievements, rather we should laud each and everyone who is struggling to the best of their level and trying to make our lives easy by giving us a few moments of entertainment, in any form. We have to come out of these stereotypes and for that everyone should disown these defined boundaries and should take pride in their gender.