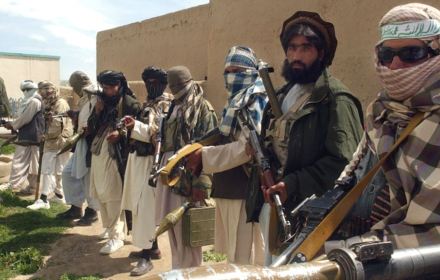 PESHAWAR: The Afghan Taliban have appointed Mullah Abdul Ghani Baradar to head their political office in Qatar as talks with the US are underway to find peaceful end to the war in Afghanistan.

Taliban spokesman Zabiullah Mujahid in a statement to the media on Thursday night confirmed the appointment of Mullah Baradar, co-founder of the Taliban movement, as head of the political office in Qatar.

Mullah Baradar was released from a Pakistani jail in October last year keeping in view his potential to play a role in the negotiations with the Taliban to bring peace in Afghanistan. He was arrested in a joint operation by the Pakistani and American intelligence agencies in February 2010 in Karachi.

Mullah Baradar has been named head of the Taliban office in place of Sher Mohammad Abbas Stanikzai. The Taliban spokesman said Mullah Baradar has been appointed to head the Taliban office to further strengthen the ongoing negotiations with the Americans. However, he made it clear that the change in the political leadership doesn’t mean change in the stance of Taliban about the negotiations process.

After the release of Mullah Baradar from jail, it was widely speculated that he will play a role in the negotiations process. The Taliban initially denied Mullah Baradar’s importance in their ranks, but they ultimately confirmed his role and now he has been appointed head of the political office.

Few days ago, US special peace envoy Zalmay Khalilzad came to Pakistan as part of his tour to carry forward the Afghan peace process. He extended his stay in Pakistan and requested Pakistan to play its role in ending the deadlock in the talks. The deadlock finally broke when the Taliban agreed to meet Khalildad in Qatar and now he is holding talks with the Taliban there for the last four days.

Amid extended sessions of negotiations, it is hoped that both the sides will agree on an initial agreement for peace in Afghanistan. Media reports said Mullah Baradar will immediately fly to Qatar to head the Taliban team.