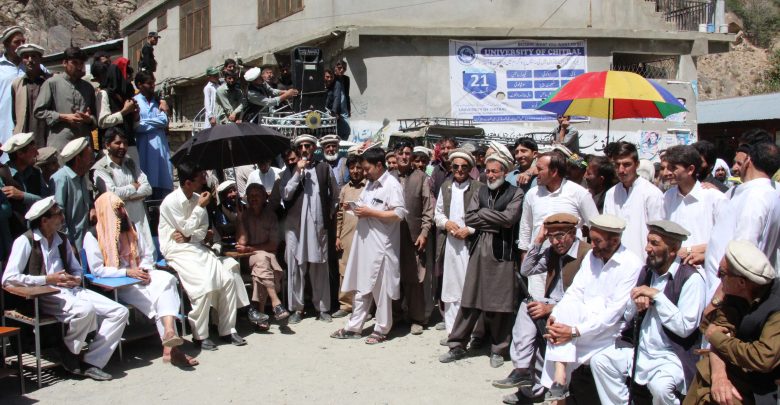 CHITRAL: Residents of Garam Chashma area of Chitral district on Sunday staged a protest demonstration at Polo Ground against imposition of Rs160 tax on potato crop and demanded of the district government to withdraw the decision.

The protesters reminded the district administration of losses they had suffered due to flood that washed away roads, houses and fields while no fund was approved for its reconstruction.

“The administration is unable to reconstruct the damaged roads but shown immense quickness to impose tax a crop for which it provide no service,” said Sartaj Ali, a protester.

The protesters called the tax illegal that is tantamount to deprive the poor residents of one of the poorest districts of Khyber Pakhtunkhwa of their rights. They appealed the chief minister to take notice to withdraw the decision.

“The district administration provides no service to farmers rather they themselves dig all irrigation channels on their own construct small bridges to irrigate of crops,” said Zahid Baig.

He added Chitral is a tax free zone but the administration imposed tax on crop instead of facilitating locals and warned it to withdraw the decision or else they would expand their protest to Chitral city.

“We give 48 hours deadline to the district administration to withdraw the decision or else we would start hunger strike,” Qayyum warns.

Tehsil nazim and Tehsil Municipal Officer could not be reached for their comments. However, former member provincial KP Assembly Saleem Khan from Chitral told TNN that TMA had tried to impose on the crop in 2012 but was forced to withdraw the decision after they moved court against it.

He alleged the TMO awarded the contract a relative who imposed Rs160 per sac, adding that TMA would generate Rs40 million of which Rs5 million would be paid to TMA.

“TMA and Agriculture Department Chitral don’t provide any kind of service to farmers and imposing tax on them is illegal,” he said.