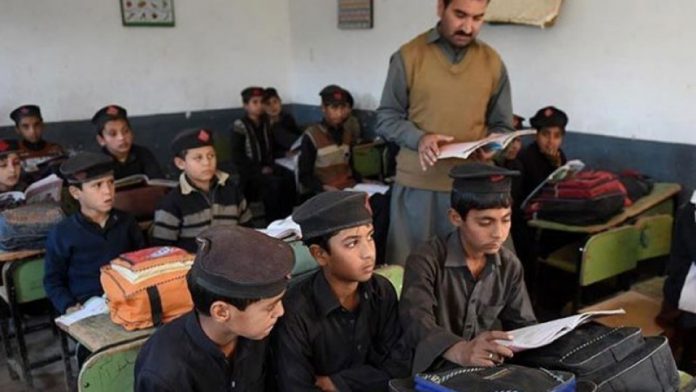 LANDIKOTAL: Khyber Pakhtunkhwa Minister for Elementary and Secondary Education Shahram Khan Tarakai on Thursday visited Khyber tribal district where he said new teachers are being hired in merged districts as part of the government’s plan to promote quality education.

Addressing tribal elders in Landikotal tehsil, the minister said advertisements have been published in various newspapers about appointment of hundreds of teachers in the schools of merged districts to overcome shortage. He said the recruitment process will be completed within two months. He said new schools, including 70 higher secondary schools, are being constructed under the three-year annual development program (ADP) and the existing schools will be upgraded.

The minister said separate schools for girls are also being constructed. He said 86,000 schoolbags have been distributed among deserving students and furniture is provided for 20,000 students and 1,400 teachers in Landikotal sub-division of Khyber district. He said it is also the responsibility of parents to visit the schools and witness the teaching method, facilities and bring out deficiencies into the notice of the education department.

He said the government is committed to bring swift development in merged districts to address the sense of deprivation which is prevailing for the last 73 years. He said various projects of public welfare have been initiated in education, health, roads, public health, local government and other sectors, while the introduction of Sehat Insaf Card, representation to public representatives in KP Assembly and provincial cabinet were also part of the efforts of the government to empower the people of merged districts.

During the visit, the minister was briefed that 655 schools are functioning in Khyber and 33 percent work on 80 projects of public welfare has been completed at a cost of Rs 560 million. Twenty new tube-wells are being installed in the areas to ensure availability of clean drinking water to local people, while 72 tube-wells have been converted to solar energy. Solarisation is being carried out to ensure water availability in case of power outages.

The minister was told that connecting Khyber Pass with the economic corridor will cost Rs550 million. The feasibility of the project has been prepared.