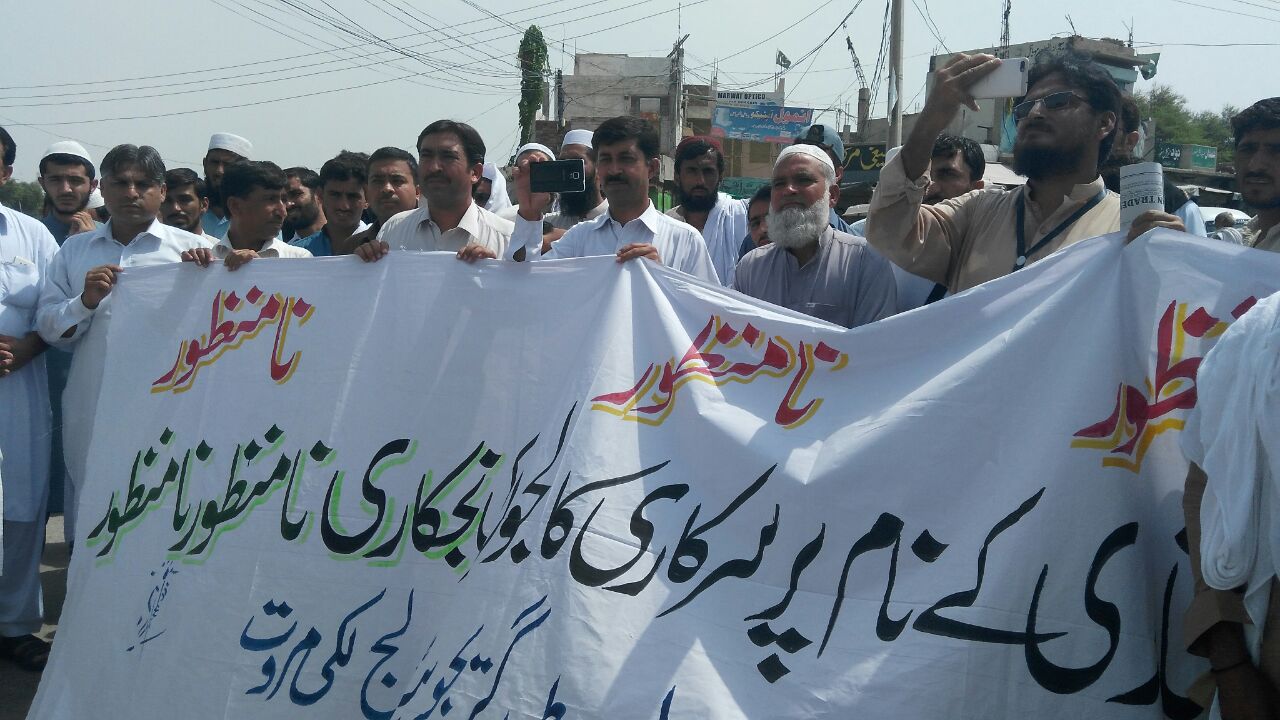 PESHAWAR, September 14: Teachers of government colleges on Thursday staged protest demonstration against provincial government’s new policy under which every college will have its own board of governors.

Teachers have categorically dismissed the policy. The provincial government has formed Board of Governance policy for colleges and has prepared a draft that would soon sail through the provincial assembly.

The protesting teachers were holding banners and placards inscribed with slogans like ‘No to colleges’ privatization’ and shouted against the government.

The teachers claimed that the anti-education policy would deprive thousands of students from their right to education. They threatened to surround provincial assembly building if the policy was not scrapped and would rally towards Bani Galla on September 22.

The policy, once passed from the provincial assembly, would link teachers promotions with their performance. This policy would also authorized the colleges to graduation degree instead universities.

He said that with BoG at college would threatened their jobs as the board could send them packing any time.

He said that the government intended to privatize colleges that would deprive students of their constitutional right to education.