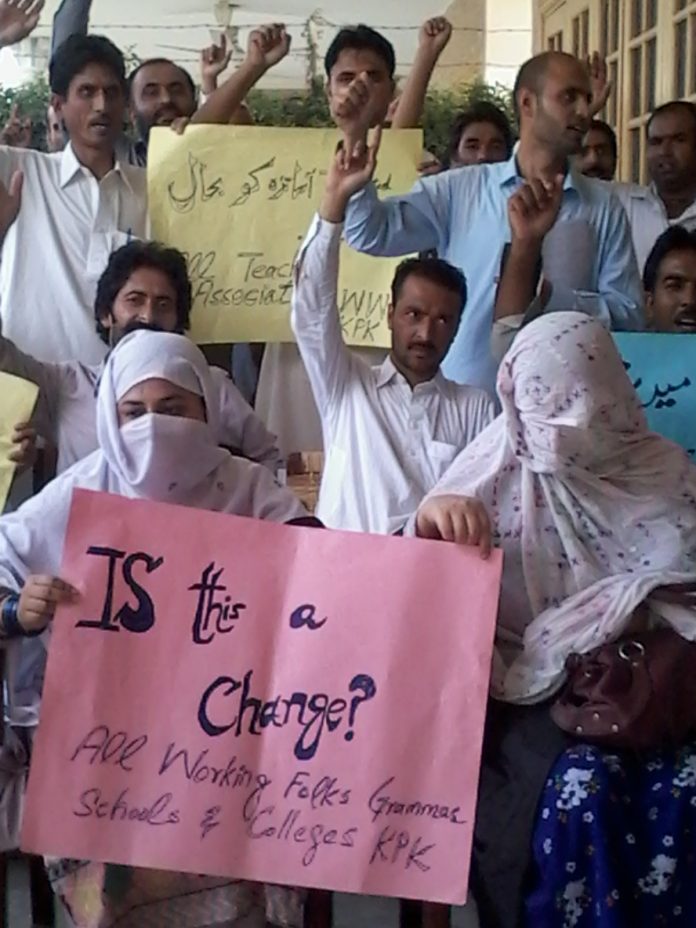 PESHAWAR, September 10: Teachers, who have been expelled from the Workers Welfare Board on termination of their contracts, have staged sit-in in front of the Board offices for the last three days, asking the government to give them permanent jobs.

The protesters told TNN that three-year employment contract of 1,300 employees of the Workers Welfare Board had expired while the provincial government had earlier promised them that their contracts would be extended. They said the government had also announced to give them a proper service structure to regularise their services.

They added that their salaries had been blocked for the last four months. “We have been protesting and demanding permanent jobs. We have financial problems and have to provide for our families,” stated one of the teachers,

A female teacher said, “Several of our colleagues have become overage for jobs in other departments while our department has also expelled them. Out department is an autonomous organisation and it is authorised to extend our employment for several more years.”

TNN tried to talk to the authorities of the Workers Welfare Board over the issue, but they refused to comment.