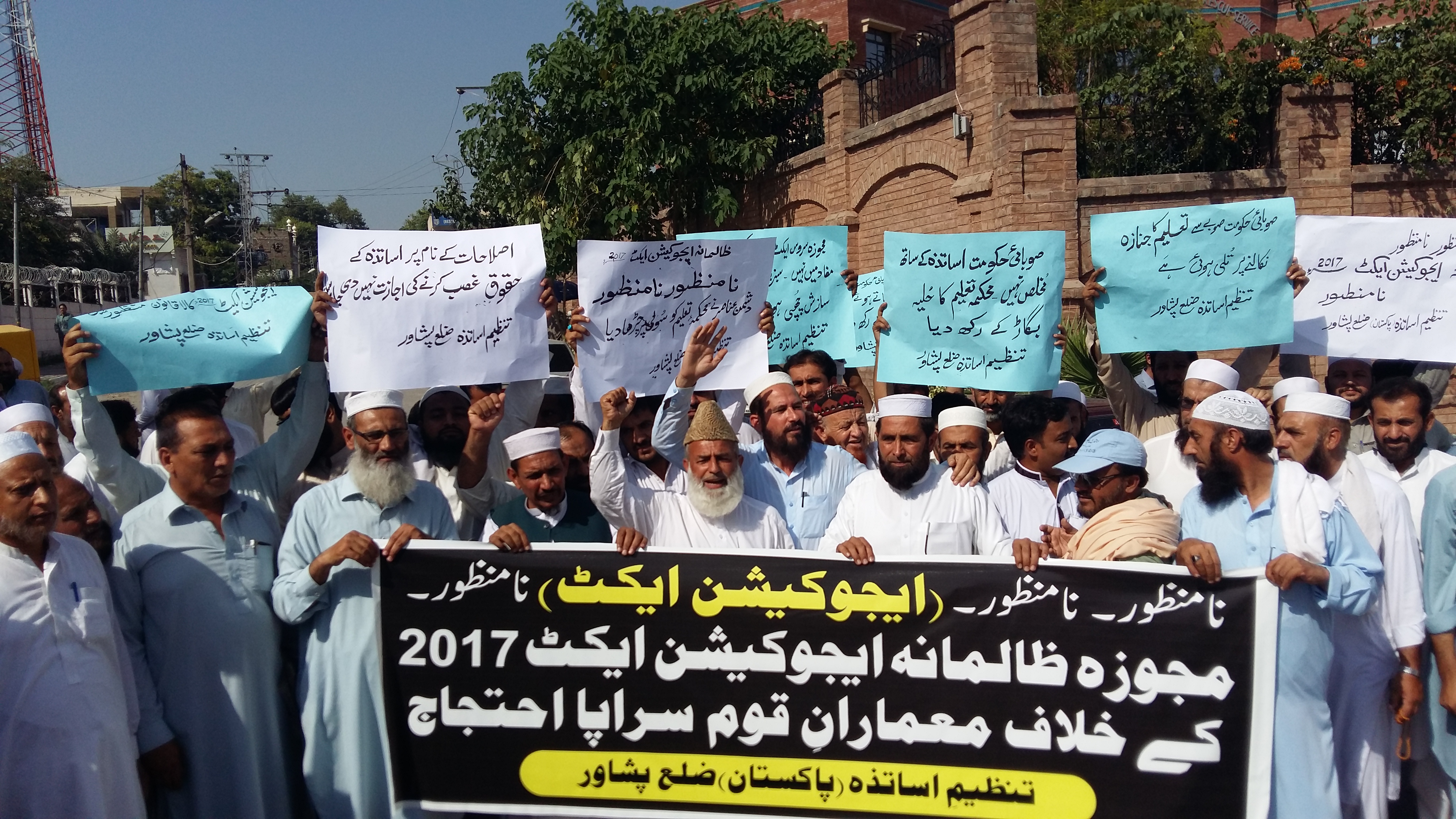 Tanzeem-e-Asatiza, an association of the government school teachers associated with the Jamaat-e-Islami, held a protest demonstration outside the Peshawar press club. Provincial and district level leadership of the association attended the protest rally.

“With the introduction of the act, the process of departmental promotion would stop. Besides, with the constitution of board of governors (BoGs), the entire Education department would be privatized,” Khairullah Hawari, provincial chief of Tanzeem-e-Asatiza remarked on the occasion.

He demanded that on the pattern of other provinces, the KP government should also give promotions to all those teachers whose cases are still pending.

“Keeping in mind the sanctity of the holy month of Muharram-ul-Haram, we will observe token strike by fastening black armbands. It will be followed by partial boycott during which all the teachers will observe silent protest by not taking the first two periods. In the final stage, we will lock down all the schools,” he said.

Hawari added that the teachers are ready for all consequences.