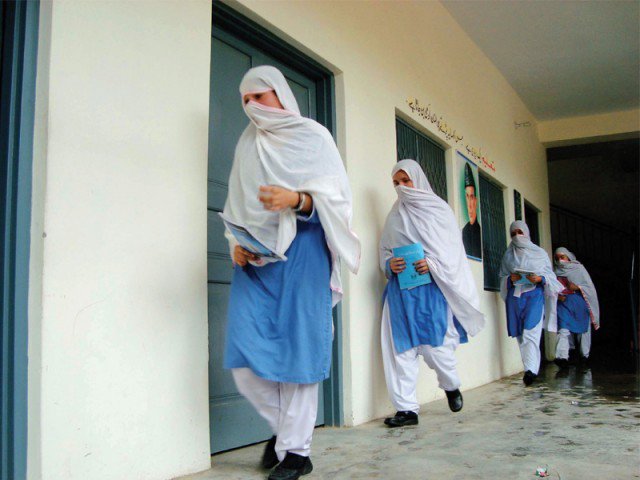 KHAR: The only girl’s primary school at Ogi Shah village in Utmankhel tehsil remained closed because of absence of teachers. Locals said that summer vacations have ended but none of teachers come to the school to start classes.

“There are two teachers for over 300 girls enrolled in the school,” said Sajid Khan, a local resident. He said that summer vacations have ended three days ago but none of them showed up due to which students who come to school return homes without classes.

A fifth-grade student Shabana said they daily come to school but go back home as both teachers are not coming.

“The school was closed down without any reason some time ago but reopened after parents staged a protest,” said Tribal Youth Movement member Misbahuddin.

He came down hard on district education department for making tall claims regarding education emergency and said that their claims were just limited till advertisements.

When contacted, a senior official Shireenzada at education department expressed unawareness and promised to investigate teachers’ absence from the school.

District Education Officer (female) Lubna visited the school and found the teachers absent from their duties. Executive District Officer (Education) Amarullah said that show cause notices were issued to the teachers and disciplinary action would be taken against them.