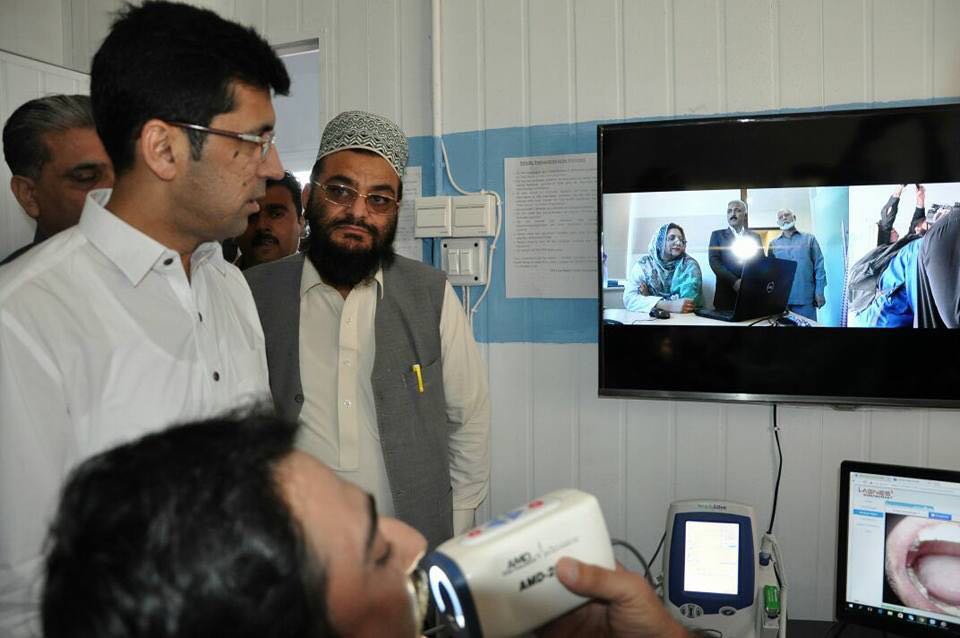 It is part of the provincial government’s new initiative in health sector called E-Treatment which is aimed at providing maximum relief to the people. It is an online project under which patients would be checked up by doctors from other major cities.

Speaking on the occasion, Shahram Tarakai said that this project is special initiated for the people of far flung areas who could not travel to major cities for better medical facilities.

He further said that this project is a joint venture of the Khyber Pakhtunkhwa IT Board and the Health Department, saying it is a part of the E-Governance initiative.

Officials of the Health Department said the tele-medicine center has been established as a pilot project and it would be extended to other remote areas of the province after its success.