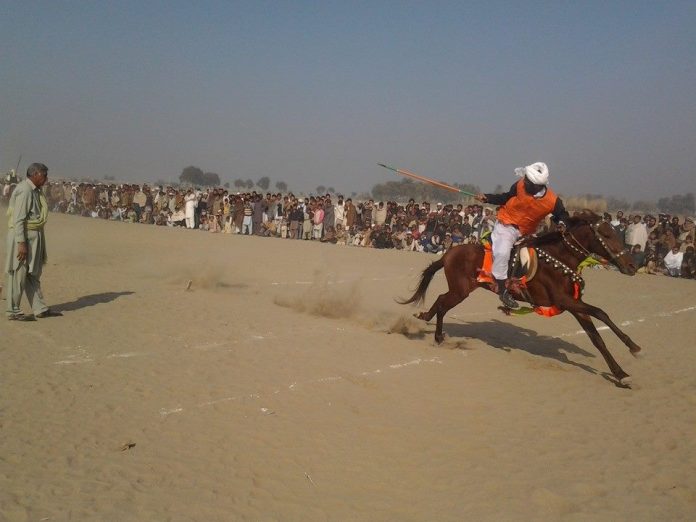 A total of 40 players from various parts of the province participated in the event, which attracted a large number of visitors.

“These contests were organised in Lakki Marwat after a gap of 25 years. I also have brought my child with me here, and he says he does not even know the name of this game. Such traditional sports used to be held in the past and we want the government to continue such events in future as well,” stated a visitor on the occasion.