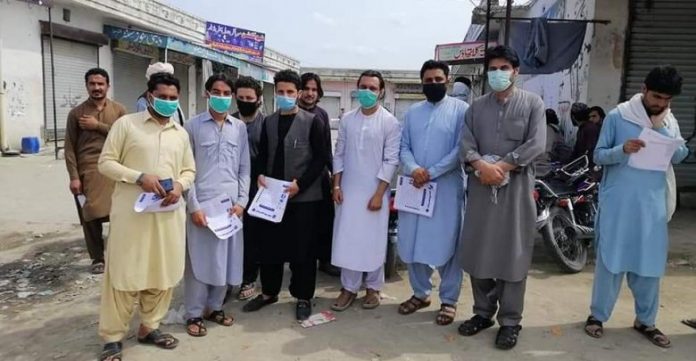 WANA: There is a threat of rapid spread of coronavirus in South Waziristan tribal district as most of the people are not following precautionary measures and social distancing.

Bin Yamin, a resident of Makin area of South Waziristan, told TNN that the level of awareness in the area is not like that of other developed areas due to lack of internet and other facilities of media and communication. He said the government should run a special awareness campaign in South Waziristan.

The people who have taken the responsibility of crating awareness among the local population are also facing difficulties. Irfanullah, a social activist, who remains busy in social work after end of militancy, said communication and media reach is very limited and population is scattered in a difficult terrain which makes the work of creating awareness even more difficult. However, he said, he along with other activists is still busy in creating awareness.

A group of volunteers have started the awareness program in South Waziristan soon after coronavirus cases started emerging in Pakistan. They bought facemasks and hand sanitizers from nearby Dera Ismail Khan and distributed in Sra Rogha, Sarwakai, Tiarza and other areas of South Waziristan. 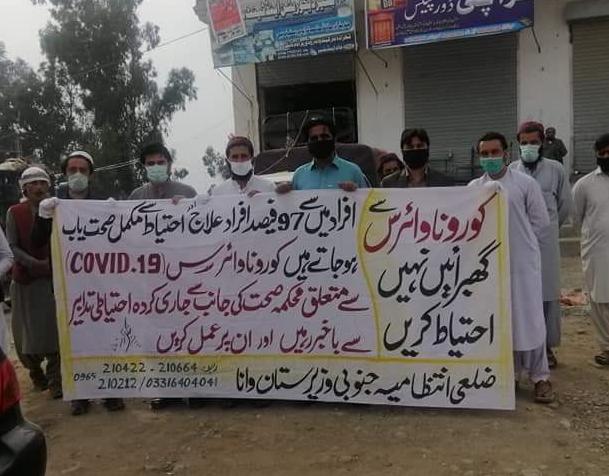 Hayat, one of the volunteers, said they are working according to their capacity. He said sometimes they face problem of financial constraints, while sometimes they don’t have transport facility. He said they have also fixed sound system to vehicles to convey their message in different areas. However, he said, the area was affected from terrorism for a long period and there is a lot of unemployment, so people are simply not prepared to stay home. He said the high prices of facemasks and sanitizers is another impediment.

South Waziristan is relatively safer as only 15 coronavirus cases have been confirmed so far and no death has been reported.

Additional Deputy Commissioner Faheedullah Khan, who is focal person for coronavirus, told TNN that the district administration is also carrying out awareness campaign in every tehsil. He said free of cost facemasks and hand sanitizers have been distributed in the area and banners with informative messages have also been displayed. He said it’s because of successful awareness campaign that number of coronavirus patients in South Waziristan is in control.

MPA Hafiz Aisamuddin said he has also visited different areas for awareness campaign. He said he will raise the issue of shortcomings in the health sector in the KP Assembly.