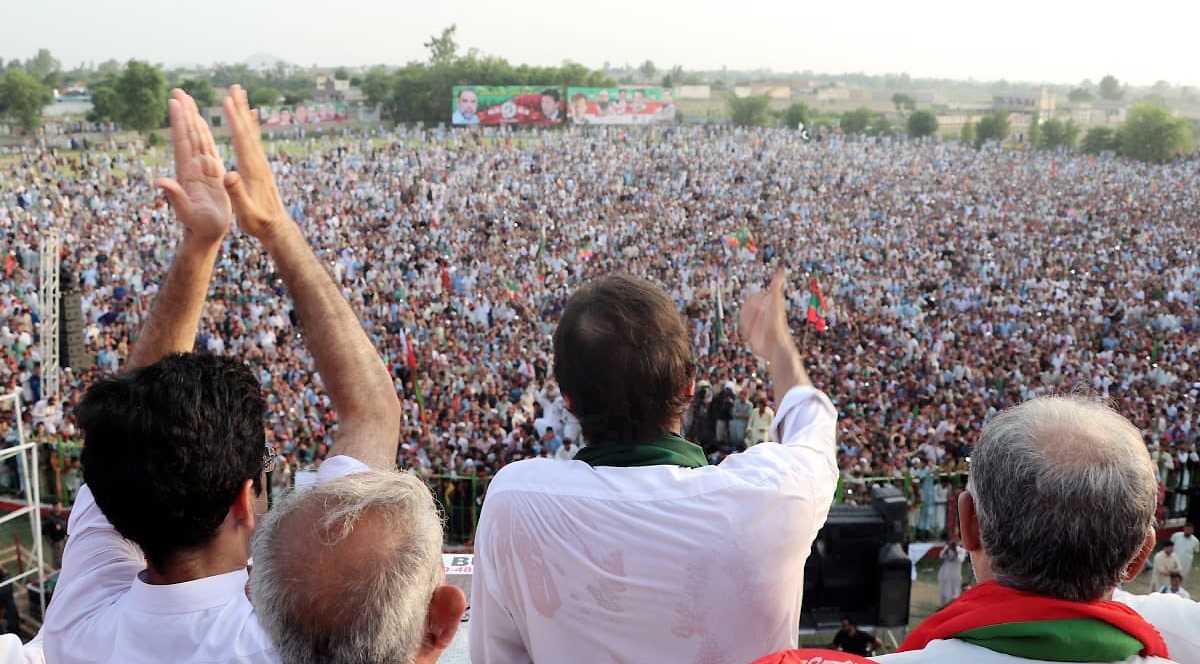 SWABI/MARDAN: The Pakistan Tehreek-e-Insaf (PTI) Chairman Imran Khan on Saturday said terror attacks were being carried out by the anti-state elements to delay the 25 July general elections.

Addressing a massive public gathering in Swabi, Imran vowed to continue public meetings despite the fact that the recent suicide attacks shook him.

He said the Jamiat Ulema-e-Islam-Fazl (JUI-F) chief Maulana Fazlur Rehman had been part of every government and deceived the people in the name of religion.

Imran said corruption was the most serious threat to the country and urged the people to reject the corrupt people in the next elections. The PTI chief said Pakistan could not achieve economic progress unless the people raise voice against corruption.

Meanwhile, addressing another gathering in Mardan, Imran said the Awami National Party (ANP) and Pakistan People’s Party could not fight corruption as the leaders of these parties were corrupt. He said the previous PTI provincial government introduced reforms in all the sectors.

Imran said that former prime minister Nawaz Sharif returned as he was assured by the PML-N president Shahbaz Sharif that millions will be on roads to welcome him. He claimed that only few thousand people were there to welcome Nawaz. He claimed that Shahbaz deceived Nawaz to clear his way.