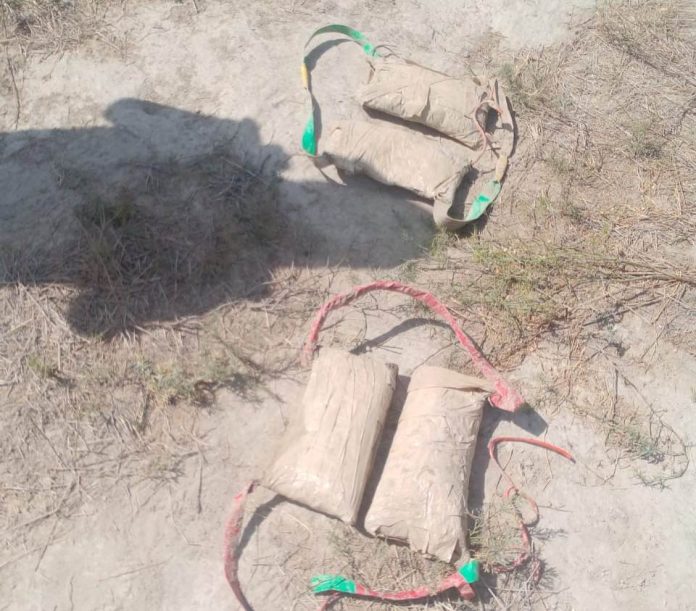 A special team of the security forces cordoned off the entire area and defused the two suicide vests and foiled a terror plot. A first information report (FIR) of the incident has been filed and further investigation is underway.

Militants were driven out from the tribal districts in military operations, but still terrorists sometimes attack the security forces from their leftover hideouts. The security forces also conduct intelligence-based operations (IBOs) after receiving credible information about presence of militants to ward off any threat of future attacks.

On August 09, a soldier was injured in a remote control bomb blast in North Waziristan tribal district.

Official sources said a soldier, Asif, was fetching water from a stream in Shani area of Dattakhel tehsil when a remote control bomb exploded on him. The solider sustained injuries in the blast and was shifted to FTC Hospital.

The security forces cordoned off the entire area and launched a search operation after the blast. However, there was no word on any arrest.

On July 23, one soldier was martyred and three others were injured in a remote control blast on a vehicle of the security forces in Mir Ali sub-division of North Waziristan.

Official sources said a vehicle of the security forces was on routine patrol in Eidak area on Bannu-Miranshah Road when it came under a remote control bomb attack. The martyred soldier was identified as Mansoor, while the injured were identified as Naik Asif, Lance Naik Ghaffar and Sepoy Umar.

On July 12, four soldiers were martyred and three others were injured in a clash with the security forces in North Waziristan. Inter-Services Public Relations (ISPR) said four terrorists were also killed in the clash. The clash happened in Boya area.