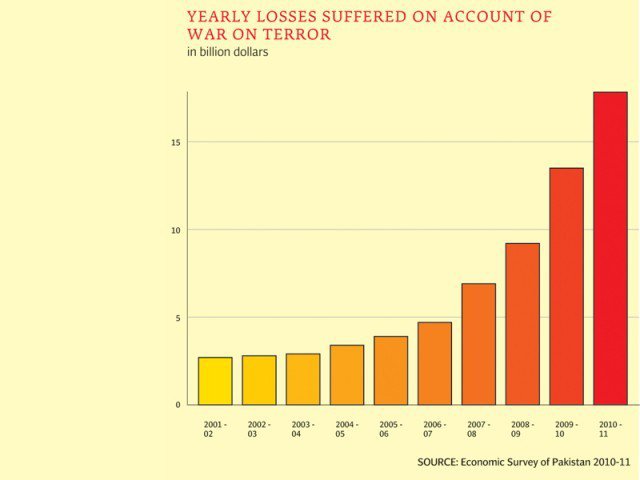 PESHAWAR, 19 November: Pakistan has suffered losses of over Rs12,000 billion in the war on terror during the last 14 years, the State Bank of Pakistan (SBP) says in its annual report.

The SBP said extremist violence cost the country $118.3 billion in direct and indirect losses from 2002 to 2016. The report said the terror war not only caused loss of thousands of lives, but it also damaged infrastructure in Pakistan resulting in reduced foreign investment and exports which damaged the economy.

The report asks the government to remove the impediments in foreign investment in Pakistan.

Pakistan joined the US-led alliance against terrorism in 2001 an so far it has received aid of Rs1,400 billion from the US. Pakistan is also confronted with home grown militancy since 2004.