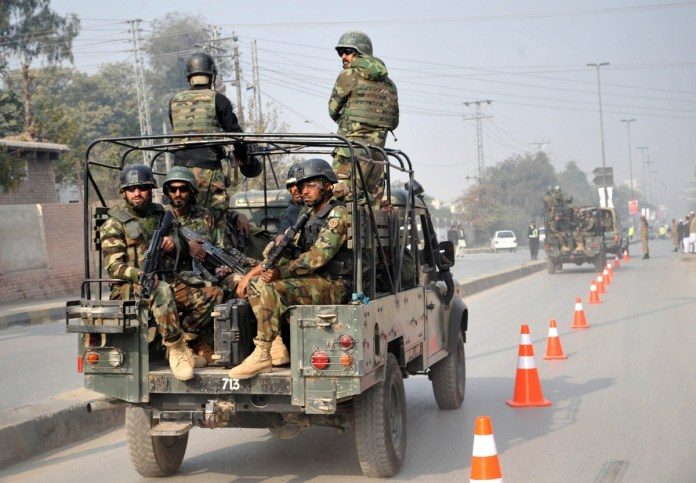 PESHAWAR: Another intelligence-based operation (IBO) was conducted in Dosali area of North Waziristan tribal district in which one terrorist was killed.

Inter-Services Public Relations (ISPR) said on Sunday that the security forces received information about the terrorist hideout after which a successful raid was conducted. During an exchange of fire, the terrorist was shot dead.

The military’s media wing said a huge cache of explosives and weapons was seized from his possession.

On September 20, a commander of the banned Tehreek-e-Taliban Pakistan (TTP) was killed in an IBO in Mir Ali tehsil in North Waziristan. The slain terrorist Safiullah belonged to Mir Ali and he was reportedly involved in the killing of four women of a non-governmental organisation (NGO) in February 2021 and the target killing of Frontier Works Organisation (FWO) engineers in November 2020. He was also involved in planning and execution of improvised explosive device (IED) attacks on security forces, extortion and kidnapping for ransom.

According to ISPR, an intense clash happed between the security forces and terrorists in Asman Manza area of South Waziristan. It said the security forces conducted IBO in the area on reported presence of terrorists. Five terrorists were killed in the operation. “During intense exchange of fire seven soldiers embraced martyrdom,” the ISPR said.