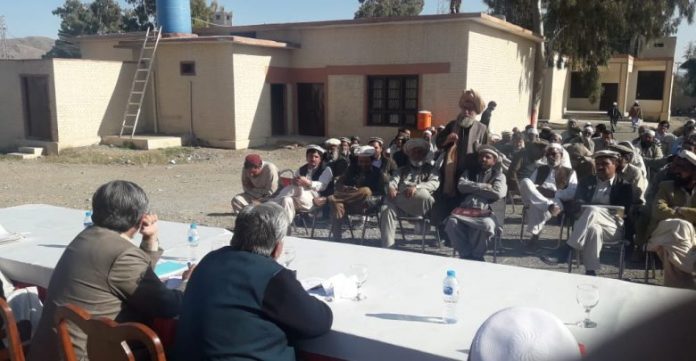 NORTH WAZIRISTAN: The Tribal Electric Supply Company (TESCO) has held the first open courts (Khuli Kacheri) in Miran Shah on Tuesday to ‘address’ public grievances. Additional executive chief engineer TESCO, Captain Retired Tahir Farooq and other officials heard the public grievances and ensured that the issues will be resolved without much delay.

It was the first time when the government representatives heard grievances of the masses in the open court regarding the issues of electricity supply to the North Waziristan. A large number of tribal elders from different tribes of the district were present on this occasion.

The tribal elders informed the officials that they are facing the electricity load-shedding for almost twenty hours a day. “The electricity load-shedding lasts for 20 hours in the district,” Malik Khaliur Rahman informed the Tesco Chief. “We, the people of tribal areas, consider it gross injustice and violation of our rights,” the tribal elder added.

Some of the tribal elders told the Tesco chief that there are still areas where no system of electricity supply is available. “Most of our area is completely deprived of electricity. There is a need of steps on emergency bases to provide the tribal people with their rights,” Malik Abdul Qayyum, another tribal elder said. After hearing the grievances of tribal people, the additional chief Executive of Tesco has directed the concern officials to solve the issues on priority bases. He said that the people of tribal areas have offered great sacrifices for the country, now it is the reasonability of the government provide them with all the resources and facilities.

Like other basic facilities of life, people of North Waziristan are taking extreme measures in an effort to bring electricity to their area, at per with other parts of the country. A few years back, they have even boycotted the anti-polio drive saying as long as they have no electricity they won’t vaccinate their children against polio.