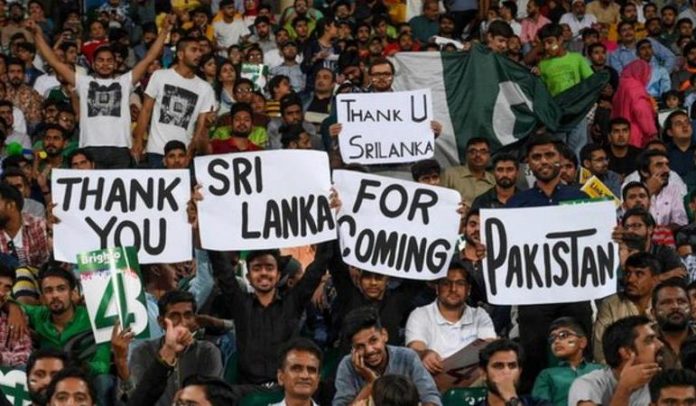 PESHAWAR: In a massive development, Test cricket is set to return to Pakistan after 10 years with a visit of Sri Lankan team for a two-match series next month.

Sri Lanka will play their World Test Championship matches in Rawalpindi and Karachi from 11-15 December and 19-23 December, respectively.

According to previous arrangement, Sri Lanka were scheduled to play Tests in October and then return in December for limited-overs cricket, but the matches were swapped to provide them the opportunity to assess the security situation before deciding on the Test venues.

Sri Lanka took this decision after satisfactory arrangements during the ODI and T20 series in Pakistan in September-October. Some of the main Sri Lankan players including ODI captain Dimuth Karunaratne and Twenty20 captain Lasith Malinga opted out due to security concerns. Pakistan won the ODI series comfortably, but faced humiliation when a young Sri Lankan team handed them 3-0 defeat in the T20 series. The senior players who opted out in limited-overs series, may be willing this time to tour Pakistan after successful ODI and T20 series and no security problems. This will make the Test series more competitive and interesting.

Sri Lanka confirmed the schedule of the Test series on Thursday after showing complete satisfaction on security arrangements. Despite strict security measures the stadiums were filled to capacity in the limited-overs series which showed passion of the Pakistani fans for cricket and Sri Lanka was greatly impressed with that.

PCB Director International Cricket Zakir Khan said in a statement that it is a fabulous news for Pakistan cricket and its reputation of being as safe and secure as any other country in the world. “We are thankful to Sri Lanka Cricket for agreeing to send their team for the longer version of the game,” he said.

Zakir Khan said the confirmation of tour will contribute in PCB’s efforts towards ensuring a regular resumption of international cricket in the country.