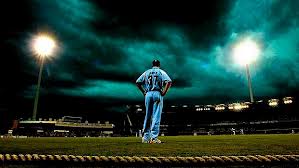 The first day-night match of the cricket history would be played in New Zealand on November 27 with pink ball. Australian Cricket Board chief James Sutherland said that the day-night matches would boost audiences’ interest in test cricket as it would enable them to watch the test matches live even after working hours.

Cricket fans in Peshawar have also welcomed the day-night test matches. “Most of the people do not like test cricket rather they are more interested in watching one-day and T20 matches. There is no denying the fact that the beauty of cricket is test matches and steps should be taken to keep the test cricket alive. To attract crowd in the grounds, the test matches should be played at the time when people could spare time to watch them live. Otherwise, only players would be present in the ground.”