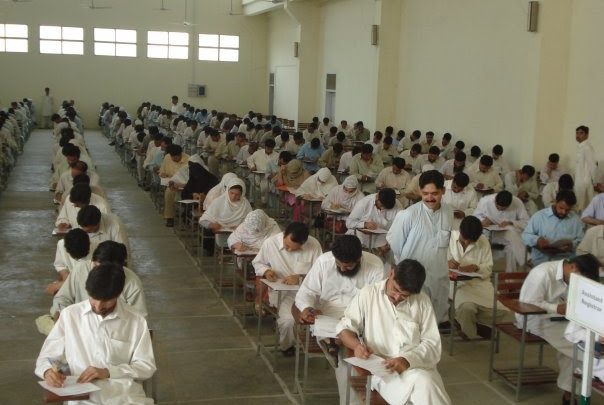 PESHAWAR: Adviser to Khyber Pakhtunkhwa Chief Minister on Elementary and Secondary Education (ESED) Ziaullah Bangash has ordered cancellation of written tests for the posts of teachers in Swabi and Karak.

The CM’s adviser received a lot of complaints about mismanagement and irregularities in the written tests for the posts of SST (General) teachers and Drawing Masters (DM) in Swabi and Karak and announced cancellation of the papers. The tests were arranged by Fair Testing Service (FTS), a private testing agency.

The FTS also informed the candidates about cancellation of the tests on its website.

“We regret to inform the candidates of Swabi and Karak that test of SST General and Drawing Master has been cancelled,” said a message on the FTS website.

Ziaullah Bangash has made it clear that all the appointments will be made on merit and no compromise will be made in this regard.

Last week, similar news of mismanagement appeared from Buner where some candidates claimed that exam papers were out prior to exam. However, no action was taken on it.

Unlike the last time when the contract of appointment of 17,000 teachers was given to NTS, this time the KP government has given contract to two testing agencies, i.e. NTS and FTS. However, a lot of complaints are pouring in on mainstream and social media over alleged mismanagement and irregularities. FTS is particularly in the eye of the storm due to criticism by candidates in Peshawar. Candidates complained that there were several mistakes in the papers of Theology Teachers (TT) and Physical Education Teachers (PET) last Sunday, August 25, while many others complained that paper pattern was not followed in making of question papers. FTS initially uploaded answer keys of two tests on its website, but removed them due to severe criticism over errors. FTS is yet to upload answer keys of several tests it has taken from candidates due to which the candidates are highly perturbed. It is normal practice that testing agencies upload answer keys within a day of the tests, but FTS has failed to do so even nine days after SST, TT and PET tests.