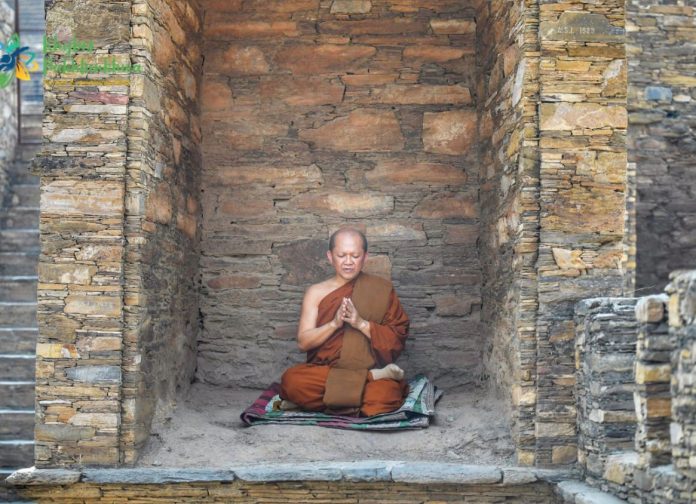 PESHAWAR: A nine-member Monks delegation from Thailand on Wednesday visited different archaeological sites in Khyber Pakhtunkhwa and evinced keen interest in the findings and discoveries of Buddhism and Buddhist heritage in the region.

Archaeology and Museums Director Dr Abdul Samad briefed monks on the archaeological sites of Peshawar Museum and Takht-e-Bhai ruins. He said that there were over 6,000 archaeological and heritage sites in the province, where the research was being carried out to revive these sites properly.

“The followers of Buddhism would find a treasure trove of Buddhist statues and heritage after thorough research and revival of these sites,” the official told the delegation. He said that UNESCO had declared the Takht Bhai ruins a world heritage site in the year 1980, where thousands of ruins of Buddhism existed. Dr Samad said the government had taken a number of steps for attracting foreign tourists, scholars and researchers to the province. 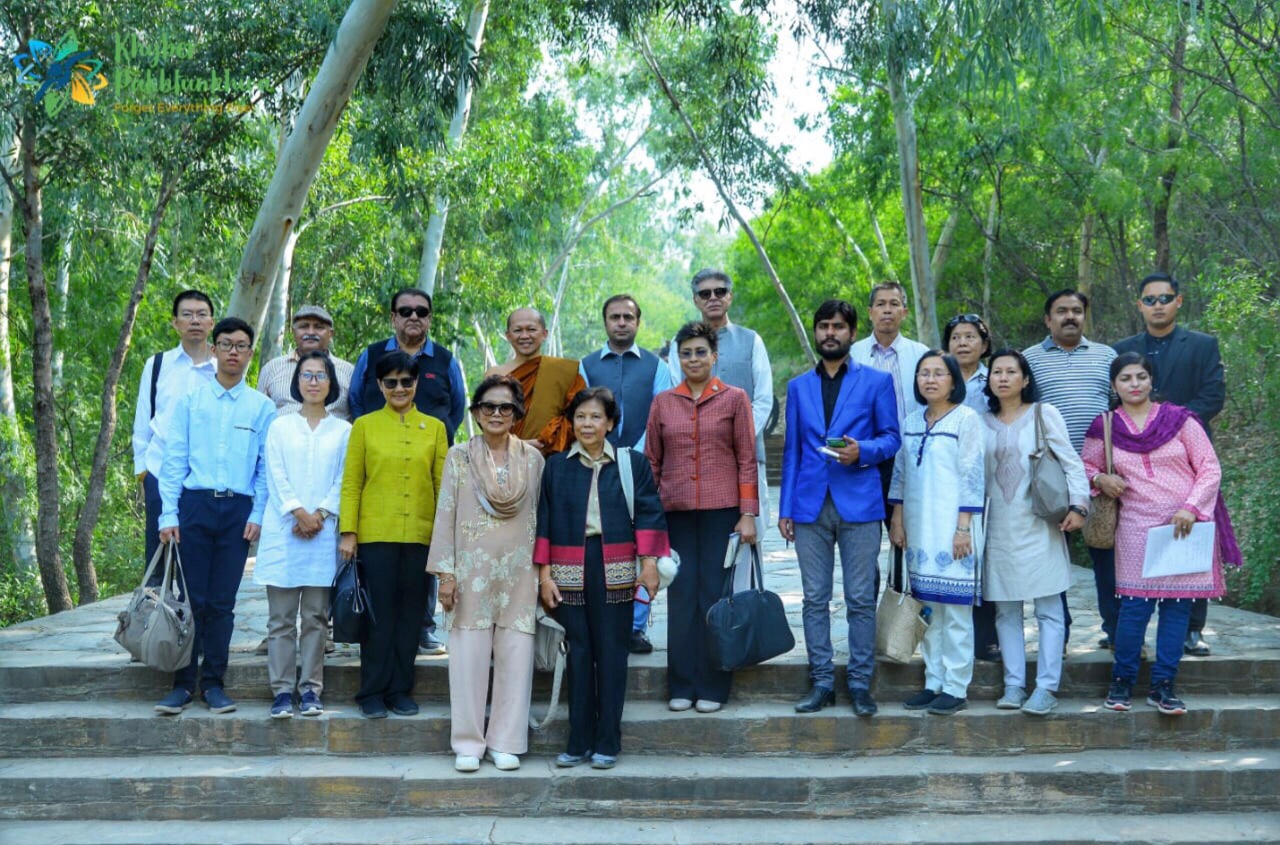 The official said that a comprehensive policy had been evolved for preserving and protecting the archaeological sites and places in Khyber Pakhtunkhwa. He informed that initiatives were being taken to carry out an excavation on archaeological sites through modern techniques and methods.

The officials while briefing the visitors said that Peshawar Museum was founded as “Victoria Hall,” in memory of Queen Victoria. The two-storey building was built in a syncretic architectural style consisting of British, Hindu, Buddhist and Mughal Islamic styles. 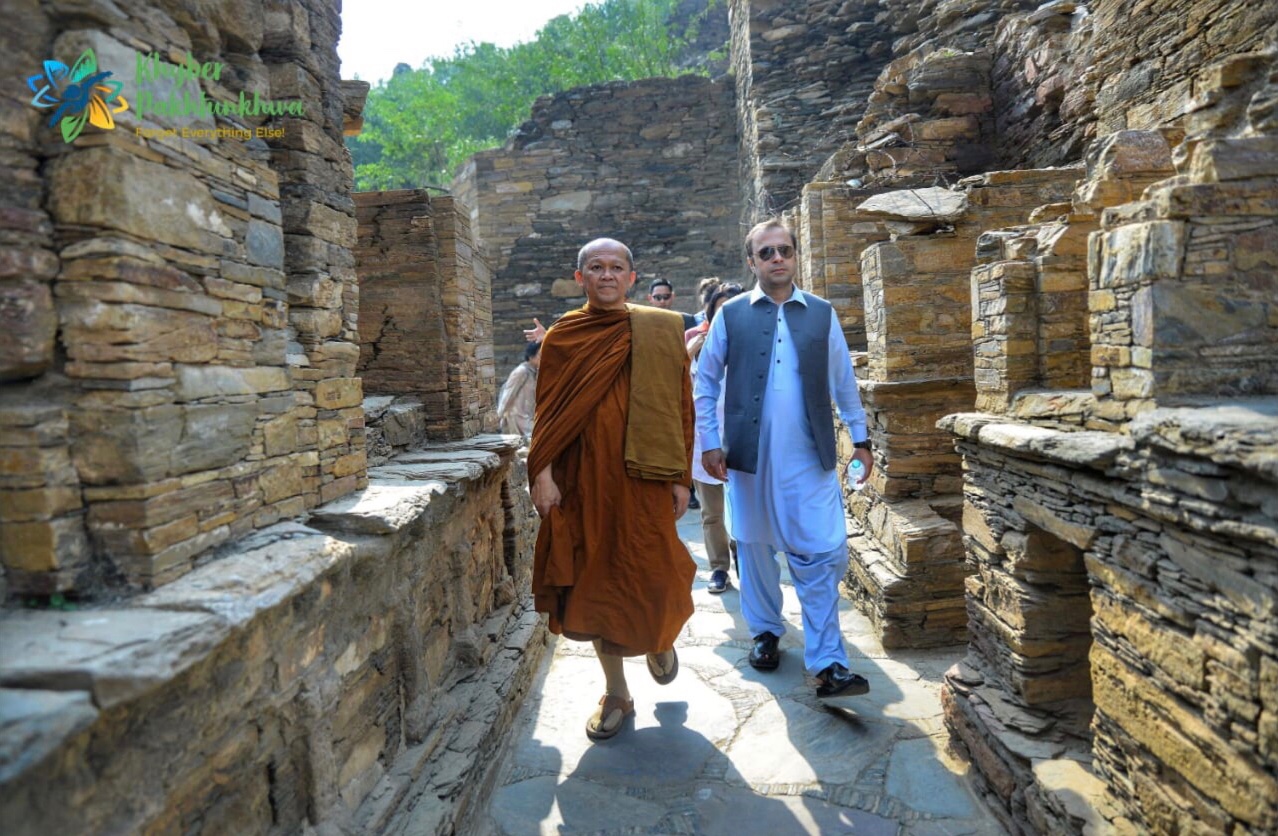 Peshawar Museum has one of the largest and most extensive collections of Gandhara art of the Buddhist period and is considered to be one of the biggest collections of Buddhist objects in the world. It also contains the largest collection on Gautama Buddha. The display of Gandhara art in the main hall includes Buddha’s life stories, miracles, worship of symbols, relic caskets, and individual standing Buddha sculptures. The ethnological objects of that period are also exhibited in the museum.

He told the visitors from Thailand that it has 8,625 coins, of which 4,510 are pre-Islamic. The main interest of the museum’s numismatic collection is that the coins were recovered from archaeological sites, including Shah-Ji-Ki-Dheri, Sari Bahlol, Takht-i-Bhai and Jamal Garhi. The Chief Rabbi of Thailand and others In their worship and the KP government, on many occasions, ‘safeguarding and representative of these artefacts’ is the way to go.

“By promoting religious tourism, we will send a message to the world that Pakistanis respect other religions and wish for peace,” said Dr Samad.