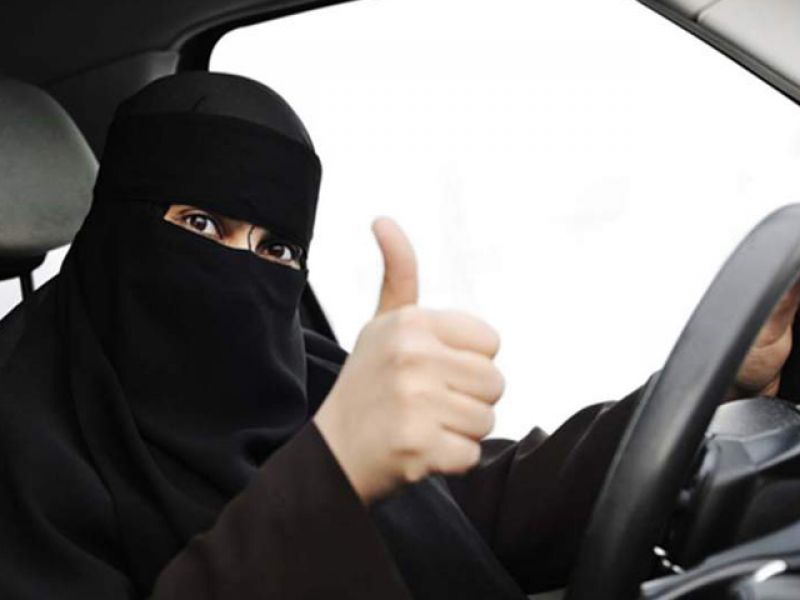 After more than two decades of campaigning, Saudi women activists are celebrating a long-awaited victory: the right to drive a car. Saudi Arabia’s King Salman decreed this week that women will be allowed to drive, ending the kingdom’s status as the only country in the world to prohibit women from driving.

But the road to reform has been – and still is – a long and arduous one. Women who defied the ban by driving have faced harassment, intimidation, arrest and even detention. Some are in self-exile.

And it’s not over yet. Women have to wait until June 2018 before they can actually drive. Meanwhile, a ministerial committee will propose recommendations in 30 days to help enforce the king’s decree. The question is whether women will be allowed to drive on equal terms with men.

Campaign to Lift the Ban

Until 1990, there was a customary ban on women driving. During the first Gulf War, Saudi women could not fail to notice that female American soldiers based in Saudi Arabia drove freely through military bases while they could not. In November 1990, 47 Saudi women organized a convoy to drive through the streets of Riyadh in protest against the ban.

Traffic police stopped them. They were taken into custody, and released only after their male guardians signed pledges that the women would not attempt to drive again. Many were suspended from their jobs.

The rise of social media helped create the space to organize and galvanize momentum in which activists called on women with international drivers’ licenses to take to the roads.

Following the 1990 protest, the Council of Senior Scholars, Saudi Arabia’s highest religious body, issued an edict – or fatwa – prohibiting driving because, it said, it could lead women to mix with unrelated men and ultimately bring about “social chaos.” The interior minister, Nayef bin Abdul-Aziz Al Saud, issued a decree prohibiting driving on the basis of the fatwa. The ban became official policy.

Women openly defied it several times. On International Women’s Day in 2008, Wajeha al-Huwaider uploaded a video of herself driving in Saudi Arabia. In 2011, buoyed by the Arab Spring protests, Saudi female activists launched the “Women2Drive” campaign. The rise of social media helped create the space to organize and galvanize momentum in which activists called on women with international drivers’ licenses to take to the roads on the same day – June 17, and onwards.

In the lead-up to the day, Manal al-Sharif became the face of the campaign after she spent 10 days in detention for posting a video of herself driving. Scores of women drove that day, but traffic police stopped many of them and forced their male guardians to sign a pledge that they would not allow the women to drive again. Some women faced trial, with one sentenced to 10 lashes, though the sentence was overturned in 2012.

In 2013, women activists pushed for another round of driving protests. They posted videos of themselves driving, including one to the tune of Jon Bon Jovi’s “It’s My Life,” and another showing men driving by showing support with their thumbs up. The authorities harassed and intimidated activists – yet despite warnings that they could be arrested, scores of women drove on October 26 in various parts of the country, without arrests.

The ban’s justification began to fall away. In 2013, the head of the religious police stated that there is no religious text forbidding women from driving. Proponents moved to arguments that only served to undermine their position. A cleric’s claim that driving affects women’s ovaries was met with widespread mockery by Saudis on Twitter. The satirical video “No Woman, No Drive” went viral. The ban became a joke both outside and inside the kingdom.

On November 30, 2014, Lujain al-Hathloul attempted to drive into Saudi Arabia from the United Arab Emirates but Saudi officials detained her and Maysa al-Amoudi, who went to help her. They spent more than 70 days in prison before finally being released.

For many female activists, the driving ban had become symbolic of the wider discrimination they faced. The most serious impediment to the realization of their rights is the male guardianship system, under which a woman needs the permission of a male guardian – a father, brother, husband, or even a son – before she can travel outside the country, obtain a passport, study abroad on a government scholarship, get married or exit prison. Saudi women have campaigned creatively and courageously for the end of this discriminatory system.

Despite all their campaigning, Hala al-Dosari, a prominent Saudi women’s rights activist, told the Atlantic that when the driving ban was lifted this week, Saudi authorities warned several women’s rights activists not to make any comments – positive or negative. It was seemingly to ensure the authorities could take full credit for lifting the ban and to prevent further calls for reform.

The Equal Right to Drive

The decree lifting the driving ban stated that it had the backing of the majority of the members of Saudi Arabia’s Council of Senior Scholars, provided there are “necessary regulatory and Islamic law guarantees to avoid that which leads to what is forbidden.” This suggests that the higher committee set up to make recommendations about the enforcement of the decree in 30 days may relate to such “guarantees.”

Reuters reported that Prince Khaled bin Salman, the Saudi ambassador to the United States, told reporters on Tuesday that women will not need guardians’ permission “to get a license or have a guardian in the car and would be allowed to drive anywhere in the kingdom, including the Islamic holy cities of Mecca and Medina.”

Saudi Arabia should ensure that the women are allowed to drive on an equal basis with men, end the male guardianship system, and end the harassment of all women and human rights defenders.

This is an important commitment, but previous proposals on Saudi women driving included restrictions such as limiting licenses to women over 30 or allowing them to drive only during daylight hours.

For now, brave women like Manal al-Sharif, Lujain al-Hathloul, Hala al-Dosari and all the others who defied the ban should be credited with being in the driver’s seat for this victory for Saudi women’s rights.

The views expressed in this article belong to the authors and do not necessarily reflect the editorial policy of Women & Girls.

Saudi Arabia should ensure that the women are allowed to drive on an equal basis with men, end the male guardianship system, and end the harassment of all women and human rights defenders.