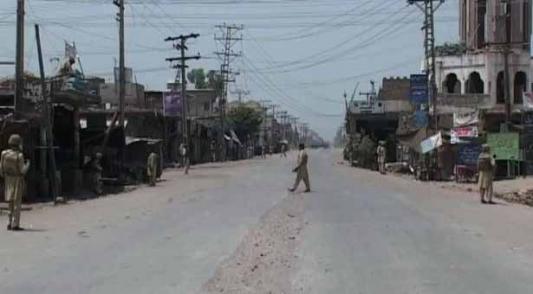 BARA, August 22: Bara Bazaar, once a bustling business center, was once famous for imported cloths and spare parts, has failed regain its past glory.

The market that had remained closed for seven long years due to military operations against terrorists was reopened in February 2016.

The reopening announcement was welcomed by local traders and shopkeepers and most of them had relocated their businesses. Now they are lamenting decision that is, as they say, was taken in haste.

One-and-a-half year have passed the market yet to regain its past glory. The business community is not happy as almost every trader and shopkeeper complains financial losses.

Traders are of the view that security checkpoints and discouraging non-locals’ entry were among several reasons behind the failure of the market.

Talking to Tribal News Network (TNN), Ghalib Afridi said that Bara was once a thriving trading spot where customers from across the country would come for shopping.

The political administration, before reopening of the market, had signed an agreement with owners of shops and markets convincing them not to charge rent or advance payment for a certain period of time. The purpose was to attract traders and restore businesses.

Afridi said most of shopkeepers would definitely close their shops if its owners start asking for rents.

The market was comprised of around 10,000 shops where businesses worth billions of rupees would be done daily. It was closed when operation against militants was launched in 2009.

The closure came at a time when Ramazan was around the corner and traders had purchased commodities worth thousands of rupees.

Former president of traders union Said Ayaz said no prior notice was issued to traders’ community nor they were consulted before its closure.

“The authorities announced curfew at once, inflicting huge losses worth millions as commodities they purchased for Ramzan had damaged,” he commented.

He claimed he himself had suffered a cumulative loss to the tune Rs8 millions. He said loans many traders owed me were also lost as they too had suffered heavily.

“Traders and shopkeepers of the market would suffer Rs30 million losses on daily basis when the market was closed,” he said.

Known as Bara Bazaar, it was famous throughout the country for availability of imported items. It was exempted from all kinds of taxes because of location in Federally Administered Tribal Areas (Fata).

Besides, because of its proximity to Afghanistan’s border it lies on transit trade route between Pakistan and Afghanistan.

“Imported cloths, tea, spare-parts and electronic equipment smuggled from Afghanistan would end up here at Bara market and from here it used to be transported to other parts of the country,” said Haleem Gul, owner of a market.

He said around 400 trucks of clothes would be transported to the market apart from tea, cosmetics, and spare-parts, stored at go-downs and then supplied to different parts of the country.

The market was also famous for availability of weapons and narcotics that have too shut down when military operation was started. 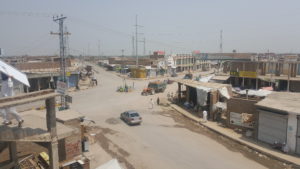 Sher Muhammad, a transporter, said that around 200,000 people would daily come to the market. Now there is neither such a huge bus stand as it was in the past nor you can find vehicles ferrying passengers to different districts of Khyber Pakhtunkhwa and tribal agencies.

The market has become a ghost town where hardly 150 transport vehicles are available. The rush, bus stands, bustling markets and restaurants are now stories of the past.

A large number of shopkeepers have shifted their businesses to Batathal bazaar near Peshawar. Though, Batatal bazar lacks facilities yet these shopkeepers are happy there and unwilling to relocate at Bara Bazar.

A cloth merchant Sardar Khan said high rents, advance payment, strict security and check points were keeping the traders and shopkeepers away to relocate to the market.

“Bara market has lost its charm as customers from other parts of country are reluctant to visit it,” Khan told TNN.

Assistant political agent Arshad Khan rejected shopkeepers’ claim of high rent. He said owners of the market agreed that they would not demand any rent unless traders and shopkeepers restore their businesses.

Regarding strict security measures, he said that it was need of the hour and hoped that businesses would return to the market once the law and order improve in the region.

The affected traders were not given any financial assistance by the government despite suffering losses worth billions.

Said Ayaz said that Small and Medium Enterprises Development Authority (SMEDA) in collaboration with World Bank has promised to compensate the traders for their losses. He said that promised was yet to be materialized.

“In 2012, around 5000 traders and shopkeepers had submitted their applications for compensation in SMEDA after it announced that that World Bank would compensate us,” he said.

SMEDA project manager Javed Akhtar told TNN that grants were not given to the traders as survey to assess damage could not be conducted due to curfew in the area.

He asked the traders to submit complete details of losses shopkeepers had suffered at SMEDA and approve the details from political agent office or trade association.

“Those who lost complete business could get a grant to the tune of Rs3.5 million apart from financial assistance to those who want to start new business,” Akhtar said.

Tribal elder and a trader Halim Gul said that those 10,000 shops were source of income for 70,000 families. He said most of these families have no source of income and the unemployment may force them to indulge in crimes for which the government would be responsible.