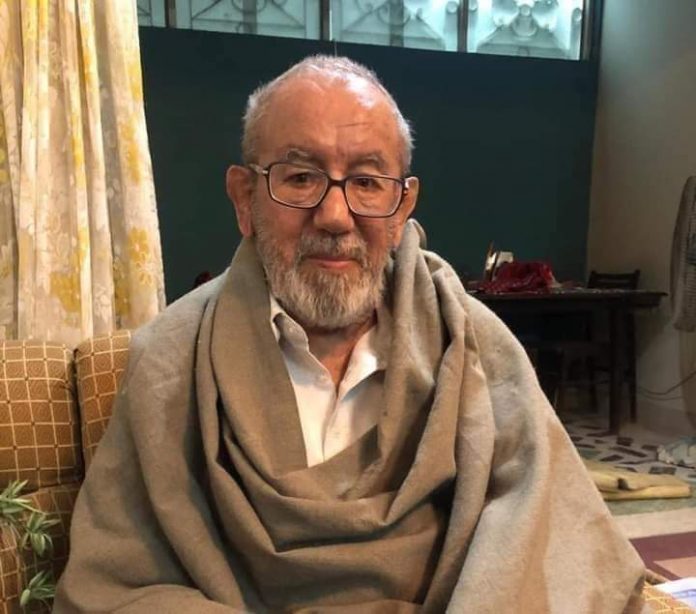 Renowned Pashto-language novelist Tahir Afridi died last Saturday in Karachi at the age of 82, after fighting a long illness.

Tahir Afridi, founder and editor of the Karachi-based quarterly Jaras Magazine, had been ill for quite some time and was under treatment at the Civil Hospital in Karachi.

Most of Khyber Pakhtunkhwa’s literary organizations, including Afghanistan, have called the death of the leading novelist an irremediable loss to Pashto literature.

The renowned poet of Pashto literature Prof. Abasin Yousafzai told TNN that Tahir Afridi was a great person as a human being. And as a writer he was not only a great novelist but also a tremendous writer of Pashto language. He has also been the founder and editor of an amazing magazine, ‘Jaras’.

According to Abasin Yousafzai, Jaras Magazine is a great name in the world of research and criticism, and we still use those articles till date as evidence and credibility because articles by prominent writers from Balochistan and Afghanistan, including Khyber Pakhtunkhwa, has been published in this magazine.

Tahir Afridi has written around 21 books which include fiction, novels, dramas and reportage. There is no doubt that Tahir Afridi has given fiction the colour of progressivism and uniqueness in the true sense of the word.

“Tahir Afridi and Zaitoon Bano are counted among the famous fiction writers of Pashto literature who have written very bold fictions and have talked about the moral flaws of the society very openly, adds Abasin Yousafzai ”

According to Amjad Shehzad, Tahir Afridi is also considered as a teacher in Pashto literature and he had formed an organization in Karachi under the name of Jaras Adabi Jirga for the youth associated with literature in which famous poets Qaiser Afridi, late Riaz Tasneem, Nangyal Yousafzai, Tahir Buniri and Rehman Buniri have done a lot for Pashto literature under the guidance of Tahir Afridi.

According to Makham Khattak, a well-known Pashto writer who is based in Karachi and has had close ties with the late Tahir Afridi, said that he had only basic qualification but because of his God-given abilities, not only learned to read and write but also became a writer and author.

During an interview with TNN, Makham Khattak said that according to Tahir Afridi, he wrote and published his first novel (“Sta Na Pe Gham Ke Kama Nayam”) in 1961.

In the same way, he travelled to many countries, the record of which he wrote in the form of travelogues and reportages, which are given as follows, “Safar Pe Khair” (Safar Bakhir), “Safar Madam Safar” , “Janan Mein Qatar Teh Rawan De” and “Laar Sha Pekhawar Tah”, the names of these reportages are taken from the famous Pashto folk songs. It also includes another travelogue “Zha Che Zoo Kabul Teh” (Let’s go to Kabul). Tahir Afridi wrote the first Pashto novel “Kanrho Ke Raguna” (Rag Sang) which was translated into Urdu by Prof. Asir Mangal under the name “Kohsaron K Yeh Log”.

Tahir Afridi wrote a novel in Urdu “Teri Aankhein Khoobsurat Hai” which was translated into Pashto by our friend poet, writer and journalist Barak Mian Khel under the name of “Sheen Starge”.

His last novel was “Tarbuzak” (Niqab) which describes the current situation based on reality. He also compiled a book of letters of Amir Hamza Khan Shinwari, a famous poet of Pashto literature.

In addition to all that, a book of Tahir Afridi on various subjects has recently been published by the Pashto Academy Quetta under the title “Adabi Panrey” (literary papers). Tahir Afridi founded the Jaras Adabi Jirga in Karachi in 1990 and also launched the Jaras Pashto Literary Magazine.

Who was Tahir Afridi?

He moved to Karachi in 1961 where he used to wash cars in a car park but after quite some time he opened a car company and became very well-off. He stayed in Karachi with his family till his death.

The late Tahir Afridi has received numerous awards at the local and international levels and has also been awarded the “Ghazi Mir Bacha Khan Medal” by the Afghan government.