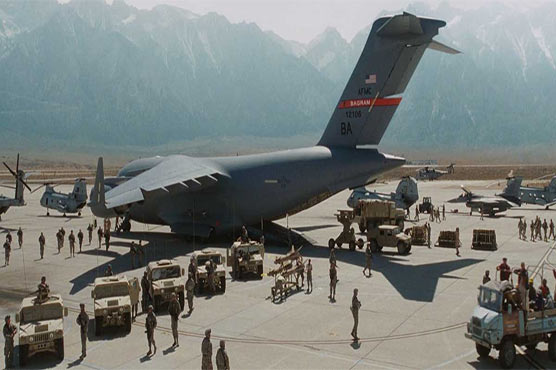 PESHAWAR: After the Doha peace accord, it was hoped that the mistakes of the past would never be repeated and for a peaceful transfer of power, warring groups would make intra-Afghan talks a success and end 40 years of bloodshed. But unfortunately, despite enactment of the Doha agreement, neither the ceasefire was announced by the Taliban nor was deduction brought in the violence.

As far as ground realities are concerned, despite the release of 5,000 prisoners and the departure of foreign troops, the situation is escalating into a bloodbath. It seems that the world powers, including the United States, Russia, China and Afghanistan’s neighbours, are not doing enough to fulfil their commitment to bring lasting peace and instead of playing a vital role they are just watching the whole game or are agreeing to the unrest.

During the Cold War, the United States took its wrath on the then-Soviet Union in Afghanistan, while after 9/11, a chance came to Russia that it had been waiting for a long time. The United States is withdrawing from Afghanistan in a state of war and instead of making a lasting solution to the Afghan problem, such an exit is being analyzed by experts as a defeat for the United States.

All internal forces, including the Taliban, should realize that no lasting solution can be found through war and violence, so it would be better and more appropriate for them to work together to find a solution, given the demands of Afghanistan.

After nearly 20 years in Afghanistan, the US military has withdrawn from Bagram Air Base. The base has been a main location for the United States in its efforts to oust the Taliban government and pursue members of al-Qaeda. According to US officials, US Commander-in-Chief in Afghanistan General Austin Miller still has all the capabilities and powers to protect the remaining forces.

This withdrawal is the clearest indication that the time for the last US military evacuation from Afghanistan is near. The airfield was built by the Soviet Union in 1950, which became Russia’s main base in the 1980s when it thickened its hold on Afghanistan and started defending it.

When in 2001, the United States overthrew the Taliban, they inherited this base. At the time, Bagram was in a very disturbed condition, but the Americans renovated the base and it ultimately broadened to 30 square miles (77 square kilometres).

The base has two runways, the new one is more than two miles long, where large cargo and bomber planes can land. On one occasion, the base had swimming pools, cinemas and hot baths, and even fast food openings such as Burger King and Pizza Hut.

The United States evacuated Bagram Air Base out of misery. Even the Afghan National Army was not told the exact time. Seeing the base empty, people looted it for hours on end. The looters left several hours later after the arrival of the Afghan security forces.

In mid-April this year, it was announced that the United States would end its “endless war” and withdraw US troops and its allies in NATO. The number of these allies is about 7,000.

The United States has refused to schedule an evacuation plan for its last troops in Afghanistan due to security concerns. However, talks are underway to secure the Hamid Karzai International Airport in Kabul. Turkish and US officials are currently in charge of security at the airport.

Efforts are underway to reach a new agreement between Turkey and the Afghan government to protect the airport. There will be about 650 US troops securing the US embassy in Kabul. At one point, more than 100,000 US troops were seen passing by at Bagram Airfield. Bagram Air Base is an hour’s drive north of the Afghan capital, Kabul.