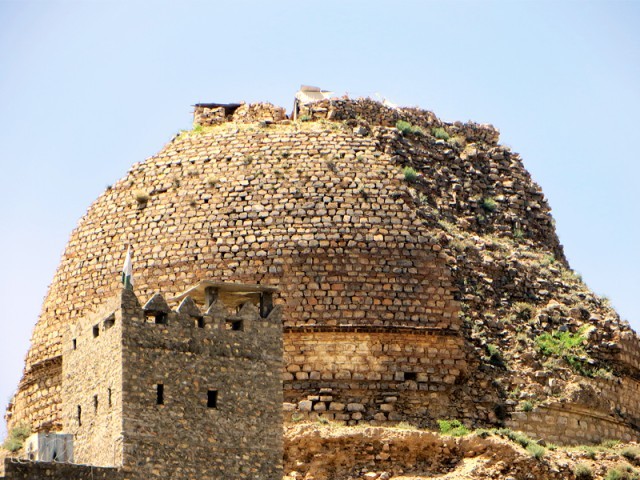 Khyber Agency: Thousands of year old archaeological ruins in the Federally Administered Tribal Areas (Fata) on path to disappear due to encroachment and lack of preservation.

Unaware of its importance, local residents damaged most of ruins were damaged beyond repair in a bid to find treasures. 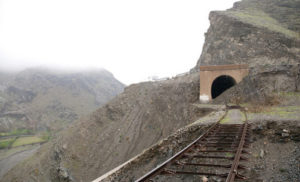 Officials at Khyber Pakhtunkhwa Archaeology Department told Tribal News Network they have uncovered sites dating back to times when humans would live in caves.

Director of the Department Abdul Samad Khan said that most ruins are thousands of years old date back to Bhuddists era. He said that the department has uncovered some sites that date back to pre-historic stone-age time when human used to live in caves.

“Most of them are Buddhists era ruins including a stupa called Shpola stupa near Ali Masjid area that is located on a mountain on main Pak-Afghan Highway but we have documented 20 to 30 stupas more,” he said. 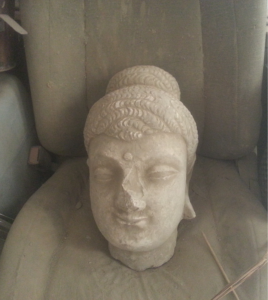 He said more ruins could be uncovered throughout Fata if proper archaeological survey and documentation was carried out. According to historian Tepu Muhammad Khan the Shpola stupa was constructed by Buddhists.

He says that locals, while believing on myths that treasures were buried under these stupas, and started digging destroying most parts of the ruins. The stupa is now being looked after by Frontier Constabulary.

“Search for treasure along with government’s negligence to look after such sites has led to the destruction of several other stupas in the Khyber Agency,” a local historian Khalil Khan Afridi told Tribal News Network.

“The area is full of ancient ruins but due to lack of preservations it almost disappeared or damaged beyond repair,” he said, adding that there were walls full of precious stones date back to Ashoka’s time.

He said that there were statues of Buddhas that were taken or broken either by locals or foreigners during British Raj. Malik Muhammad Shafi said that he found a large number of statues when he started digging during construction of his house.

“During digging, we found hundreds of small statues of different kinds of animals and humans made from lime stones that we had broken as we were not aware of its historical and cultural importance,” he lamented.

Shafi considered it against his belief to sell it or keep it as it worshipping statues are not allowed in Islam. He said after learning about its importance people started excavation and would take such statues to Peshawar and sold them at good prices. 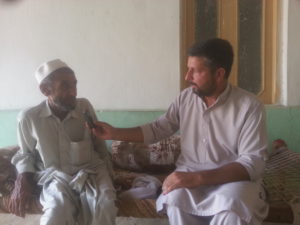 Khyber Agency that remained a gate way to India where traders and invaders used to come here since centuries. There are ruins of a death cell that was constructed by King Tamerlane. “The death cell was constructed in 1308 and remained in use till 1398. People held for crimes or rebellion would be brought and killed,” said Khalil Khan.

He said that it was a unique death cell where a steep hall was constructed with sharp blades installed on both sides of it. A convict or rebels would be tied tightly and pushed down the hall where the blades would cut him into pieces.

A damaged structure of the hall still exists and people from far flung areas come here to see it. The agency administration in collaboration of Archaeological Department has started preserving these neglected sites and most statues are on display at Peshawar Museum. 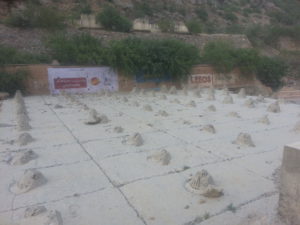 Abdul Samad said during surverys the department has uncovered and documented 130 sites in Jamrud and and 40 Landi Kotal tehsils. He said the military operation has hampered their work but hoped they would start it again.

As per United Nations laws 100 years old building or structures will be considered as archaeological site and the government would be responsible for its look after.

In light of UN laws, British era Railway Line and entrenchments in Khyber Agency, hospitals and several sites constructed during British Raj have been declared protected sites. Historians say uncovering this archaeological sites would increase importance of the area and attract foreigners to visit it.