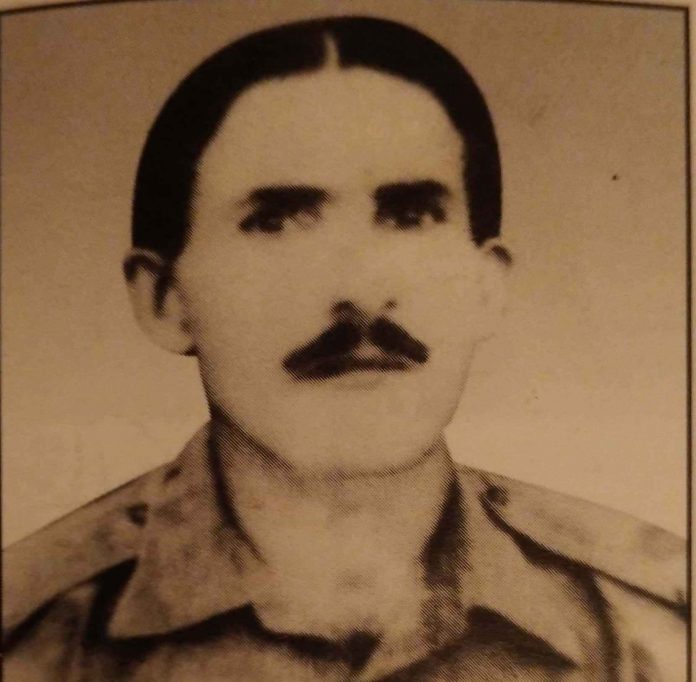 KARAK: The Pakistan-India conflict in 1965 was more of a battle between truth and falsehood than the normal Pakistan-India war. In this battle, Pakistani warriors set an example of bravery that will never be forgotten. On one hand, Major Aziz Bhatti Shaheed embraced martyrdom while defending Lahore on the BRB canal during this conflict; on the other hand, Niaz Badshah, a Pakistan Rangers soldier, too gave his life for the country. The story of his bravery would never have reached us if it wasn’t for the Indian Army’s Lieutenant Colonel Ajit Singh, who told us about this martyr’s bravery and courage. Making even the enemies speak high of your bravery in itself is a tribute to a soldier’s services.

Soldier Niaz Badshah (who was also awarded Sitara-e-Jurat) was born in a Khattak family on October 1, 1930, at Latambar in Karak district. Due to the conservative environment of his village, he could not get primary education. He used to take goats for grazing at when he was younger. From his childhood, he was fearless and courageous.

But no one knew at that time that this child would become a soldier of the homeland and show the essence of a young man, whose story of courage and national pride will add another chapter to history. This young man used his witty thinking to deliver countless blows on the enemy during the 1965 war with India.

On September 06, when the enemy began advancing in the region of Pakistan’s Jaman outpost without a declaration of war, the soldiers at the outpost decided to meet the enemy at the post. The outpost soldier Niaz Badshah was also conducting his duties, and there were a total of seven soldiers. Two of these soldiers were on leave and three went to headquarters to seek some help. A young guy from Hangu was among the survivors, and he was soon martyred. Soldier Niaz Badshah was fighting the enemy alone at the time, with the enemy firing from all sides, but this young lion heart refused to give up. With his light gun, he proceeded to attack hostile soldiers, forcing them to flee. Due to his unwavering strength and courageous behaviour, the outpost was attacked from behind. A grenade was thrown towards the outpost by the enemy.

Similarly, the adversary tried several times, but Niaz Badshah always turned the tables on them. In one such instance, the enemy’s company commander pushed forward and said, “Surrender, please. We’re not going to harm you. All we’ll do is to imprison you”.

“We do not surrender to the enemy,” Niaz yelled back passionately.

During this conversation, a soldier was secretly commanded to construct a grenade by the enemy commander. When the grenade’s pin was removed, the adversary held the grenade in his palm for a few moments before throwing it into the checkpoint, which soldier Niaz Badshah intended to return, but unfortunately, time ran out. The grenade burst near his chest. Niaz Badshah was seriously injured after shouting Allahu Akbar. The opposing commander dispatched some soldiers to the outpost, where they discovered his name, address, and unit number. Then, on September 06, 1965, at 8:00am, he returned to his Creator. The enemy also complimented his bravery because of which he was honoured with the official badge of Sitara-e-Jurat (Star of Courage).

Niaz Badshah was buried in Mela Cemetery, Latambar. His cousin, Subedar Jan Badshah delivered his body. He was a member of the Sutlej Rangers.