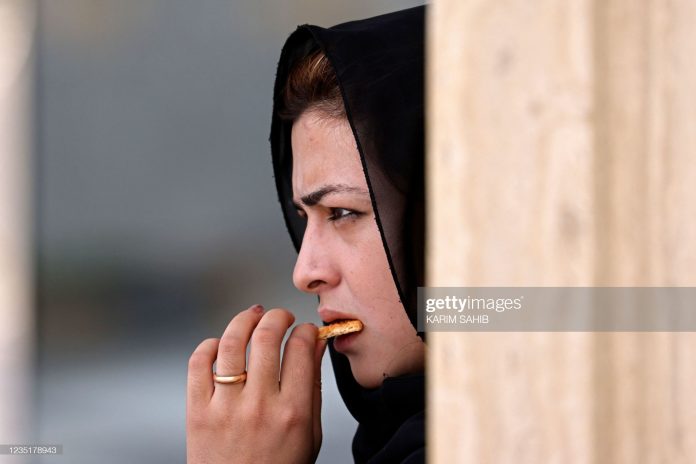 PESHAWAR: Few days ago, in a public session I gave example of biscuit; which I linked to “opportunity” and then tweeted:”An opportunity is like a dipped biscuit in tea, a little delayed and it’s gone.”

That time I didn’t know the biscuit will get popularity and will become a sign of portraying normal situation of a country. On Sunday, 12th September, 2021, a picture captured from a known newspaper got viral on social media. Some shared it in a satiric way, while some people made fun of it.

In the picture, a woman was eating a biscuit. It was captured in Afghanistan’s capital Kabul. The caption given to that image was “After situation got normal in capital of Afghanistan, a woman is eating biscuit” (translated from Urdu newspaper).

Here the law and order situation of a country was linked to eating a biscuit. The social media users and others who read the specific newspaper took it as fun and criticised it, but if we look back into the history of war zones; biscuits were considered the best food. It was easy to eat and carry while moving from one place to another in case of emergency.

In 1865, during the American Civil War, hardtack were created. Just two pieces of these crackers were enough to feed a person. During the civil wars all over the world, including World War II, when soldiers were active for war anytime and they hadn’t enough time, so for time saving and covering hunger, they used hardtack crackers to eat. On the other side, if we look at to the civilians in war zones, they also have to save themselves and families, and need to eat for survival. Civilians in emergency situations also used to carry hardtack crackers. Even these biscuits were named “Civil War Hardtack”.

If we look to the aid distributed in TDP’s camps if moved from Afghanistan or during the military operations in erstwhile Fata, crackers like food were the essential items in eating stuff. The baked items especially biscuits are still considered the best option in war zones, as it can be eaten in less time, can be carried easily and these are durable as well.

Eating biscuits has been linked to the normal situations of Afghanistan but if we look back into the history, more use of eating hardtack biscuits were in civil wars by soldiers and civilians. Now what it indicates? May be the US food the Afghans are left to feed.