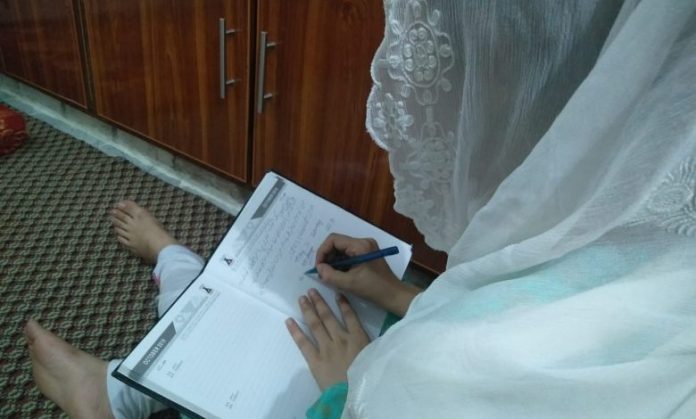 PESHAWAR: Girls in our Pakhtun society are raised in such a way that they are pushed to do certain things as soon as they start growing up. Girls are told about many things which she is not supposed to do. Despite having all abilities, girls are treated unfairly. They are treated like second-class citizens. When a girl is four or five years old, she is admonished not to laugh out loud.

“What will your brother think if you sit like this, cover your head with a cloth, and what is this dressing? Don’t dress like this in front of Baba.” That is, a female cannot get up on her own from the start. A girl in our society is never truly independent.

The girl is still told that she is a girl when it comes to food. “Do not consume the food before your brother. You’d be better off waiting till later to eat.”

More food is reserved for the brother and less food is given to the girl. For the brother, chicken or mutton parts are also maintained, while the compromise is solely for the sister.

When it comes to education, they do not believe it is important for the girl to have an education, and even if permission is granted, the girl is enrolled in a government school. Yes, and the brother is being assigned to a top and prestigious school. Step by step, the girl encounters challenges. The girl is not allowed to continue her education after matriculation, and if she is lucky, she goes to college in the morning and performs all of the housekeeping in the evening.

The same issue emerges when it comes to the work that she is not allowed to do first, and even if she is granted permission, she must do so with her parents and brother’s assent. She will also undertake all of the household tasks in addition to her employment.

The girl is also in charge of sweeping, cleaning the dishes, washing clothes, and performing all culinary tasks. Despite this, some claim she is compensated for her work.

When it comes to marriage, the girl is still not asked about her will, and such a major life decision is taken without her knowledge. I’ve even seen some girls with Master’s degrees marrying an uneducated boy at their parents’ request, such as the girl who lives next door to our house.

Gulali’s marriage to an illiterate boy was arranged according to her parents’ will after FSc. The minds of the couple were separated by a chasm between sky and earth. Gulali’s husband would tease her with taunting queries like “who has sent her the letter if he caught her reading even a prescription in her hand. She couldn’t even buy a phone. She developed depression and diabetes as a result of this tense situation.

Girls do not have their own lives and their own desires, and they are not considered more than a toy. Girls have to sacrifice for the happiness of their parents, even when it comes to Swara, the girl is sacrificed.

I’ve often heard parents mention that Pashto has a proverb. That is, no matter how much girls read and write, they do not have their own will, and they are not granted any authority in any work. It is assumed that the girl belongs to another family if she is with her parents. The girl is claimed to have come from another household when the marriage takes place.

If the girl is not married then it is said that the girl is at the father’s house. The girl has no authority in any work and she has no home.

But now the times and circumstances have changed and people need to change their thinking because women are also human beings and they also have the right to live their lives as they wish.