The FATA reforms committee formed by Prime Minister Nawaz Sharif has recommended a number of reforms in the administrative, judicial and political structure of the tribal areas after having consultation with local people in each tribal agency of the region.

The official committee headed by the prime minister’s adviser Sartaj Aziz presented the reforms proposals in the National Assembly on September 9, 2016. It was a comprehensive package for reforms in FATA which also included the proposal of replacing Frontier Crime Regulations with Riwaj Act. 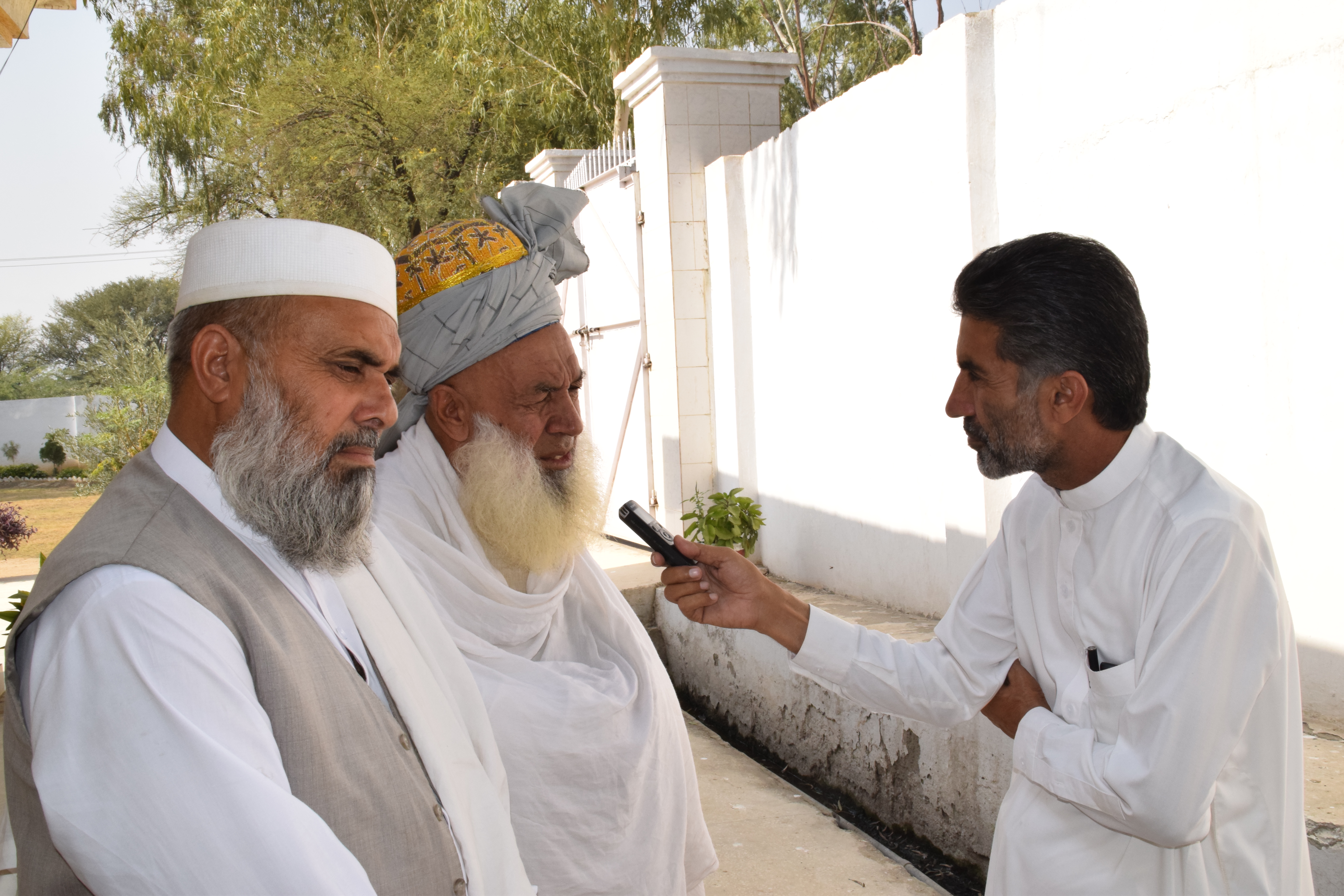 TNN has talked to common people of FATA about the proposed Riwaj Act. Shakeel Mohmand, hailing from Mohmand Agency, believes that the FATA Reforms Committee has incorporated Riwaj Act in the reforms package keeping in view the assertion of tribal elders that any reforms damaging their traditions will prove counterproductive.

Sajid Khan from Khyber Agency says if Riwaj Act really protects the tribal traditions, then it is a very positive development. However, he says the government should consult the elders as well as the tribal youth about this Act. 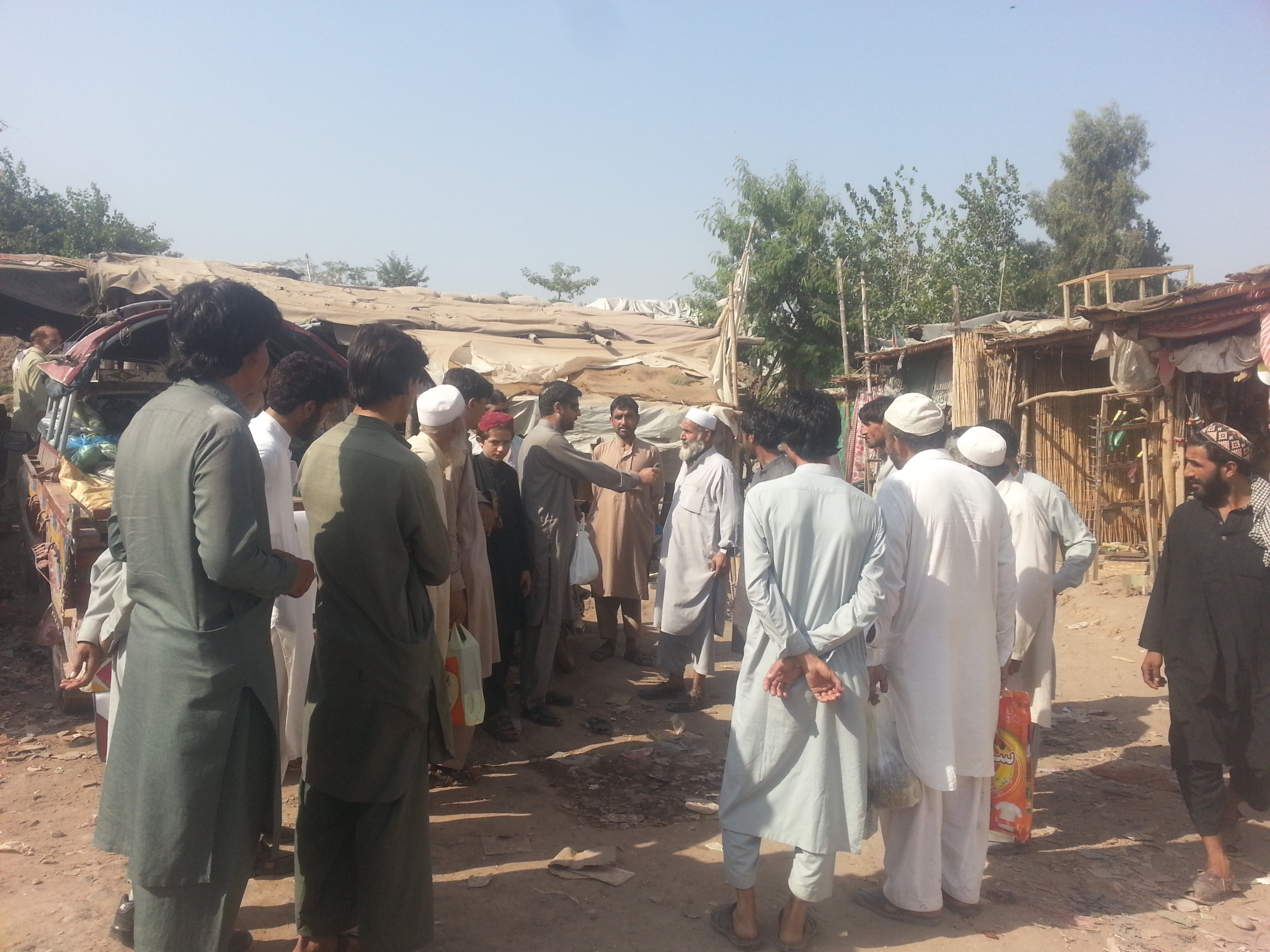 Sakeena Rehman from Mohmand Agency says the government should extend the laws prevailing in rest of the country to FATA. She believes that there is no need of Riwaj Act in FATA.

Saida Jan from Kurram Agency is of the view that every age has its specific requirements. He says the old traditions should end in this 21st century and the FATA people should also embrace the change.

Abdus Salam from Sra Rogha tehsil of South Waziristan Agency says he will only support those laws which are in accordance with the local traditions.

Malik Sabir Ali, hailing from Orakzai Agency, says there are some very good traditions in FATA, but some negativities also exist in the region which are contrary to Islamic Shariah law. He says all these factors should be kept in mind while making changes in the governance  system of FATA.

Muhammad Saleem from Bajaur Agency opines that the traditions of FATA and Khyber Pakhtunkhwa are alike and those who identify themselves with a different set of traditions actually want to save their privileges which may be taken back with reforms in FATA. 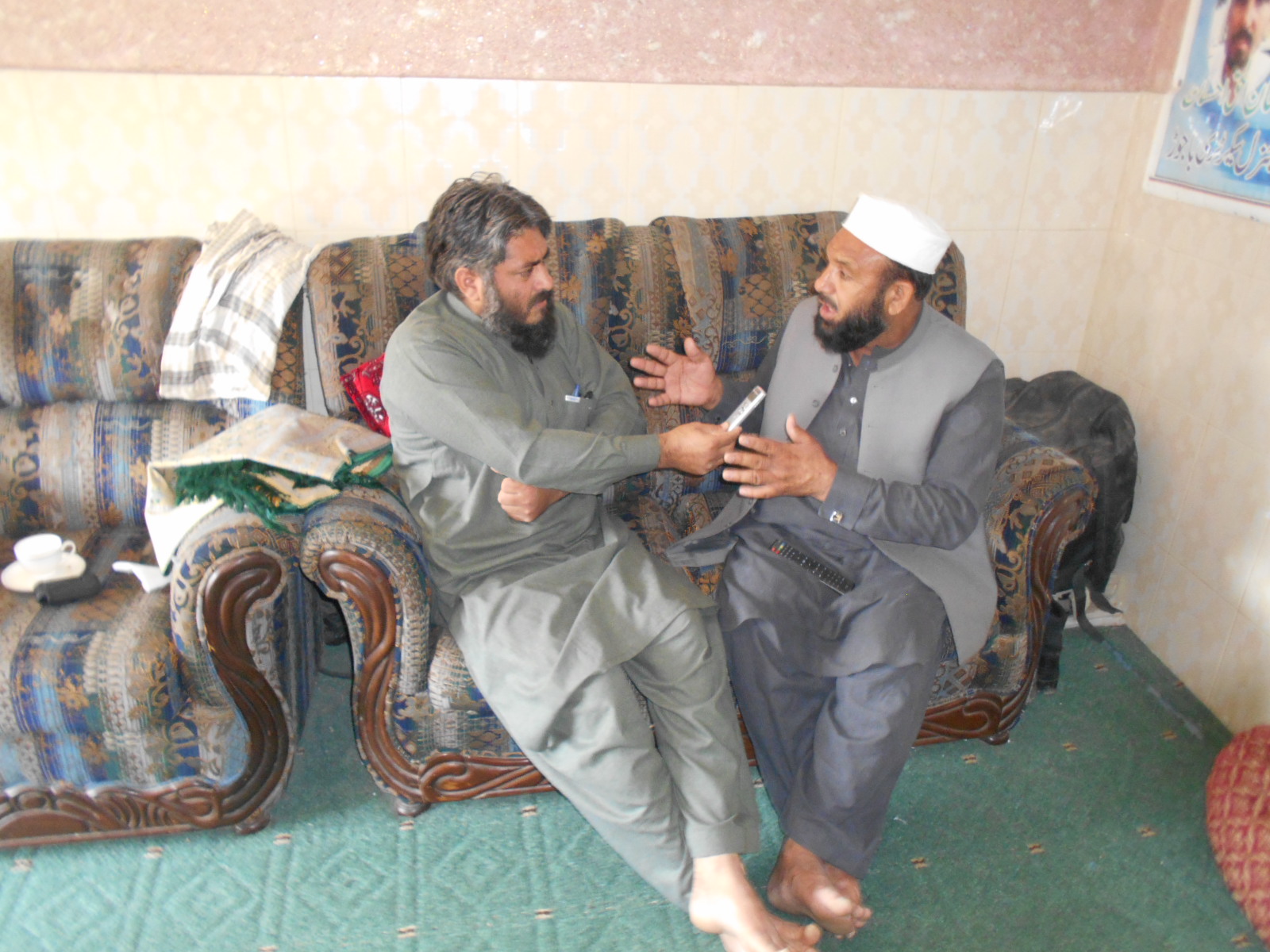 Parveen Bibi from Kurram Agency opposes the Riwaj Act and argues that all the people of FATA should agree to change their attitude in accordance with the needs of modern era.

Haji Gul Janan, who belongs to Kurram Agency, says Frontier Crimes Regulation (FCR) should be abolished completely and a separate law should be enacted for FATA.

Saman Bibi from Landikotal tehsil of Khyber Agency says FATA being part of Pakistan should be governed under the same laws which are applied in rest of the country.

Sher Rehman, belonging to the remote Shawal area of North Waziristan Agency, believes that there is no need for a separate law to govern FATA. He says traditions don’t end with new laws. 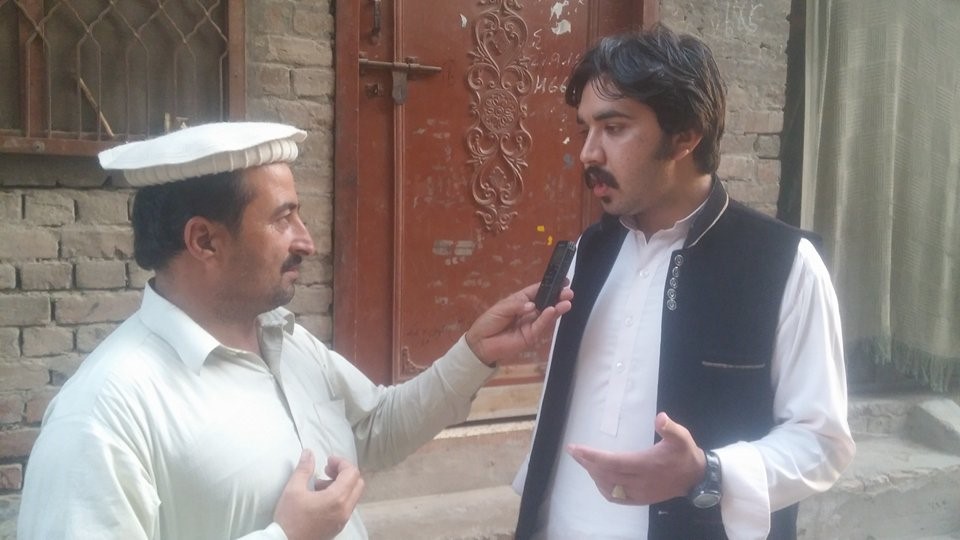 The political parties and civil society activists from FATA have also become increasingly active since the beginning of the latest reforms process to make their views known to everybody and create awareness among the FATA people about the importance of reforms. 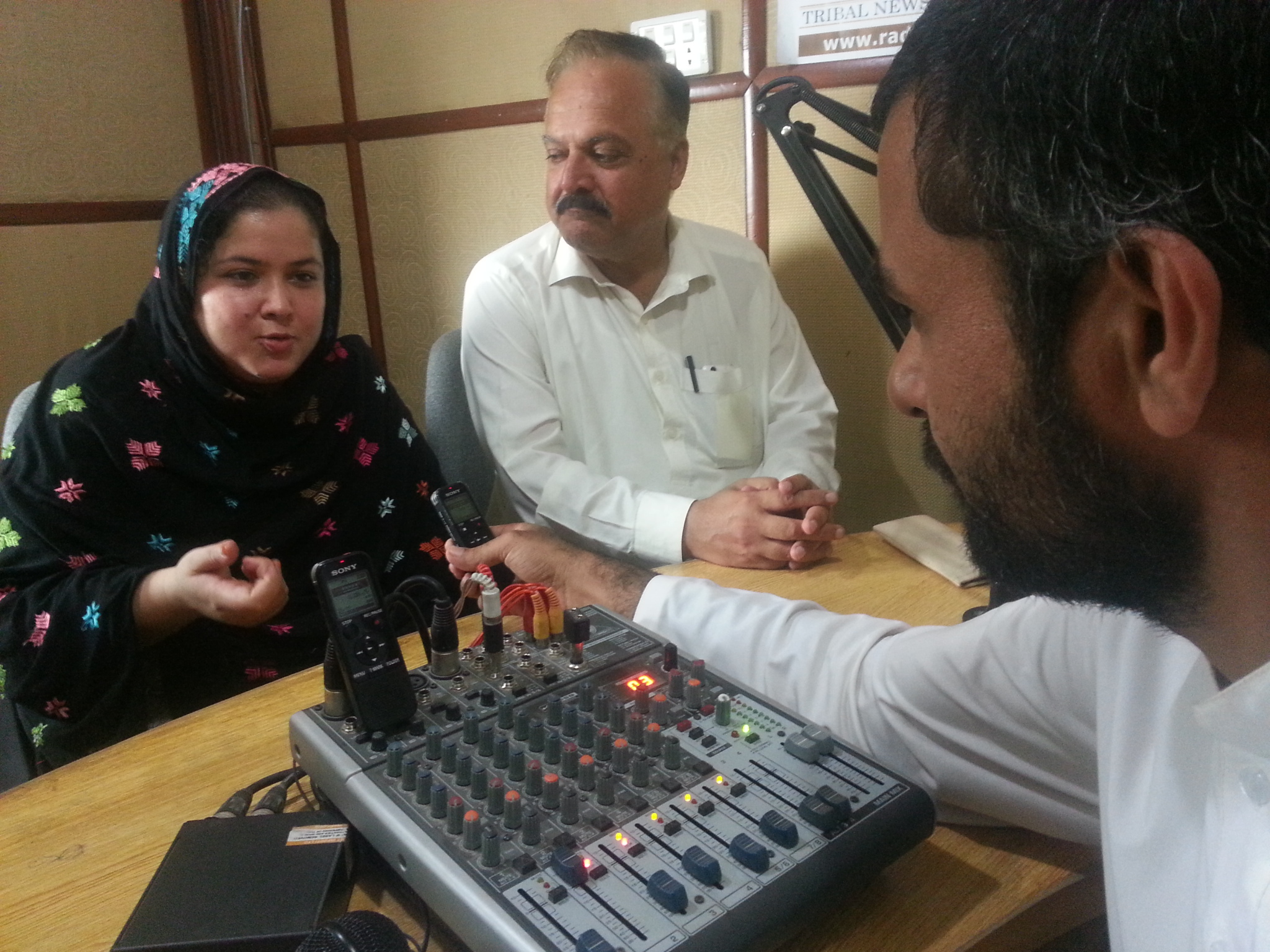 TNN (from Rahim Shah): FATA Reforms Committee has also made Riwaj Act part of the reforms package. How do you see this development? 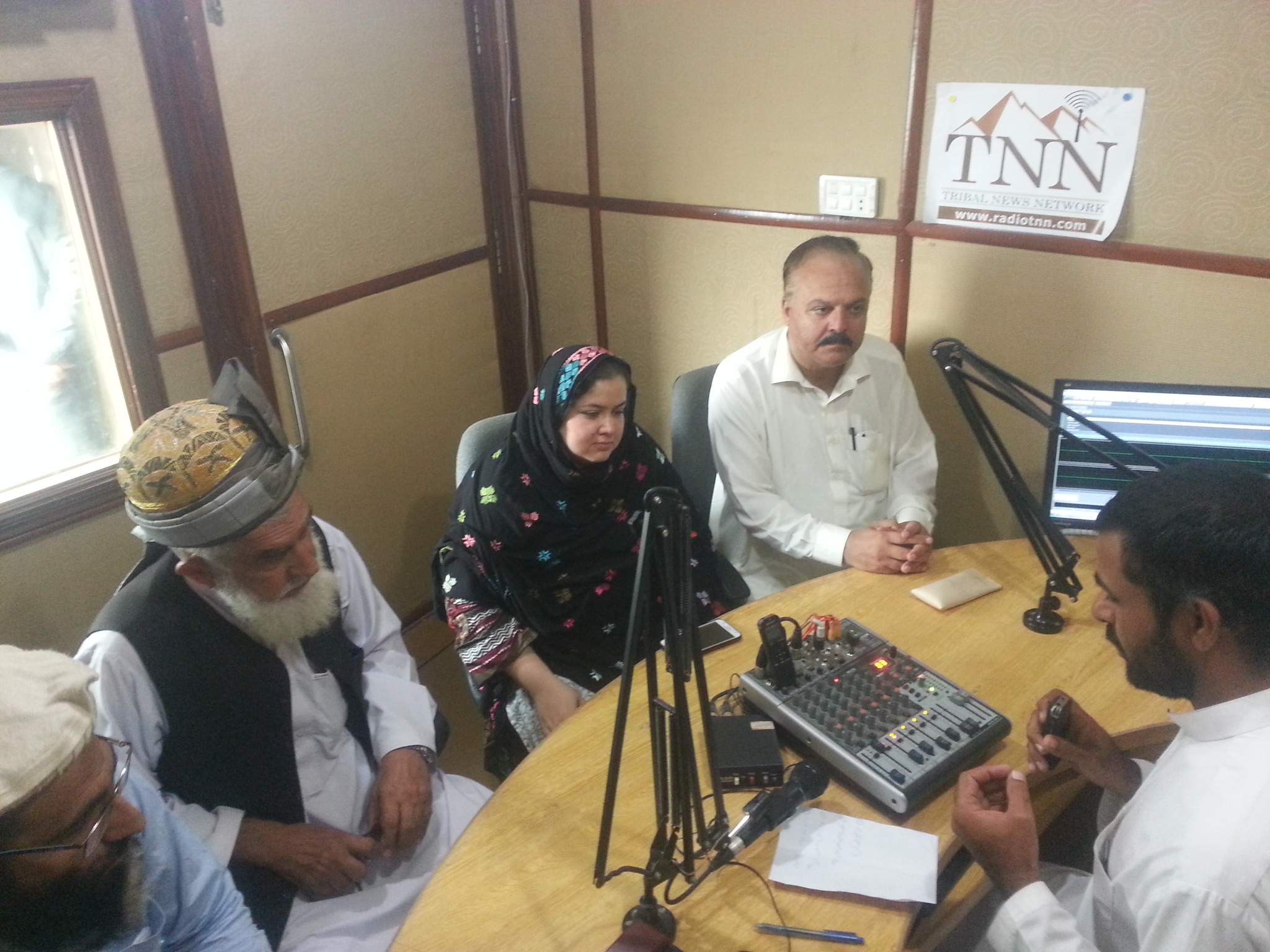 Rahim Shah: Riwaj Act means the High Court and Supreme Court will scrutinise the traditions in FATA before approving this law. If the new law supports tribal Jirgas, then it will be very encouraging. We all know the importance of Jirga system which can resolve big disputes. If the Jirga decisions are passed after the scrutiny of the High Court and Supreme Court then there will be no chance of violation of basic human rights or the teachings of Quran and Sunnah. It will make the whole system transparent and acceptable.

TNN (from Nosheen Orakzai): Rahim Shah  is supporting Riwaj Act. Will you also support this Act?

Nosheen Orakzai: They will definitely support the Riwaj Act as it will protect their interests. We don’t support this Act and we opposed to this proposal visibly by holding a press conference on the issue. We demand complete abolition of the FCR and implementation of the 1973 constitution in FATA in letter and spirit. The tribal traditions came to an end when the FATA people were forced to leave the area and dwell in settled areas due to law and order issues. The displaced people lived without their traditions and did not face any trouble in settled areas. Many FATA people preferred to stay back and did not return even after the government’s announcement to take back the displaced people to tribal areas. They have settled now outside FATA and living a peaceful life. The people who returned to FATA did so because they could not afford expensive life in developed areas. They would not have returned to FATA if they could afford living in settled areas. Referring to the leaders of FATA Grand Alliance , she said that why these people live in Islamabad if they have such a great love for tribal traditions? 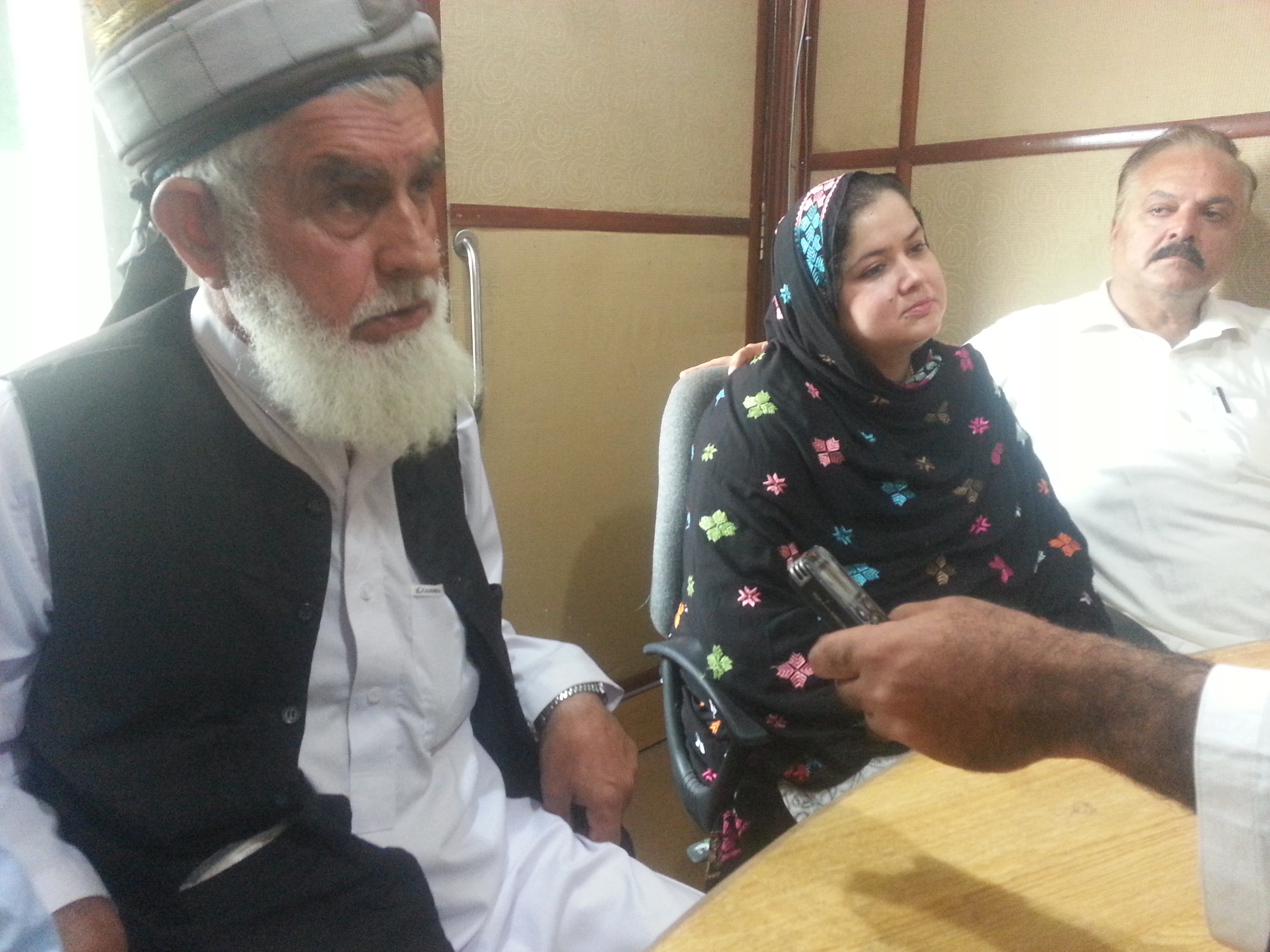 TNN (from Malik Haji Hukam Khan): Nosheen believes that there is no need of Riwaj Act in FATA. Will you agree with her assertion?

Malik Haji Hukam Khan: Riwaj is part and parcel of the tribal life for the last 5,000 years. With the exception of one or two flaws, the tribal traditions enjoy widespread popularity and acceptance and the tribal population is unanimous over this fact. Riwaj Act will benefit the FATA people in many ways. The main benefit of the Act will be the regaining of powers which were earlier taken away from the FATA people.

TNN (from Maulana Ahmed Saeed): What is your opinion about the proposed Riwaj Act?

Maulana Ahmed Saeed: Introduction of a law in accordance with the Pakhtun traditions will always be welcomed in FATA. Pakhtuns were already living their lives under their traditions and the new law will come with some modifications. However, some traditions which are against the Islamic teachings must come to an end. For example, we don’t give full rights to our women and this practice should come to an end. There is no harm in adopting laws which are in conformity with Islamic teachings and ensure human rights. We must support such laws.

TNN (from Rahim Shah): Nosheen Orakzai don’t support Riwaj Act. Why its implementation is so important for FATA?

Rahim Shah: We are living in a tribal society which cannot adopt massive changes in the administrative system abruptly. We believe that Riwaj Act is part of the larger plan of FATA merger with KP and we support this process. It will bring improvement in education system of FATA and improve women literacy rate. An educated FATA woman will ultimately gain confidence and power to become part of the tribal Jirga system. The women lawyers and judges in the Pakistani judicial system have attained this status after a struggle and continuous efforts. How the tribal women can abruptly become part of the Jirga system when they haven’t stepped out of their homes in their lives. How will they become lecturers and doctors overnight? The tribal women will have to go through a gradual process of development to attain their full rights which they really deserve.

TNN (from Nosheen Orakzai): Rahim Shah Sahib believes that implementation of Riwaj Act is essential in FATA and it will enable the tribal people to develop gradually.

Nosheen Orakzai: Everyone has his own point of view about the reforms. However, I strongly support merger with KP. Same law should be applied on all the citizens of the country and discrimination on the basis of geographical location must come to an end.

TNN (from Rahim Shah): Traditions also exist in the settled areas despite the fact that these areas are governed under the constitution, so what is the harm in extending the constitution of Pakistan to FATA?

Rahim Shah: We are not against implementation of the constitution in FATA. Some people have created misconceptions in the tribal areas that extension of judicial system to FATA will harm its traditions. There is no such harm in bringing the constitutional law to FATA. Almost 80 percent people of FATA are now living in settled areas and they are well aware of the police and judicial system. Some people are spreading unnecessary propaganda in this regard for their vested interests. Abolishment of the FCR from FATA will rid the people of major trouble. Although the judicial system is not perfect as well but it guarantees protection of basic rights of people which is the major attraction in this system. 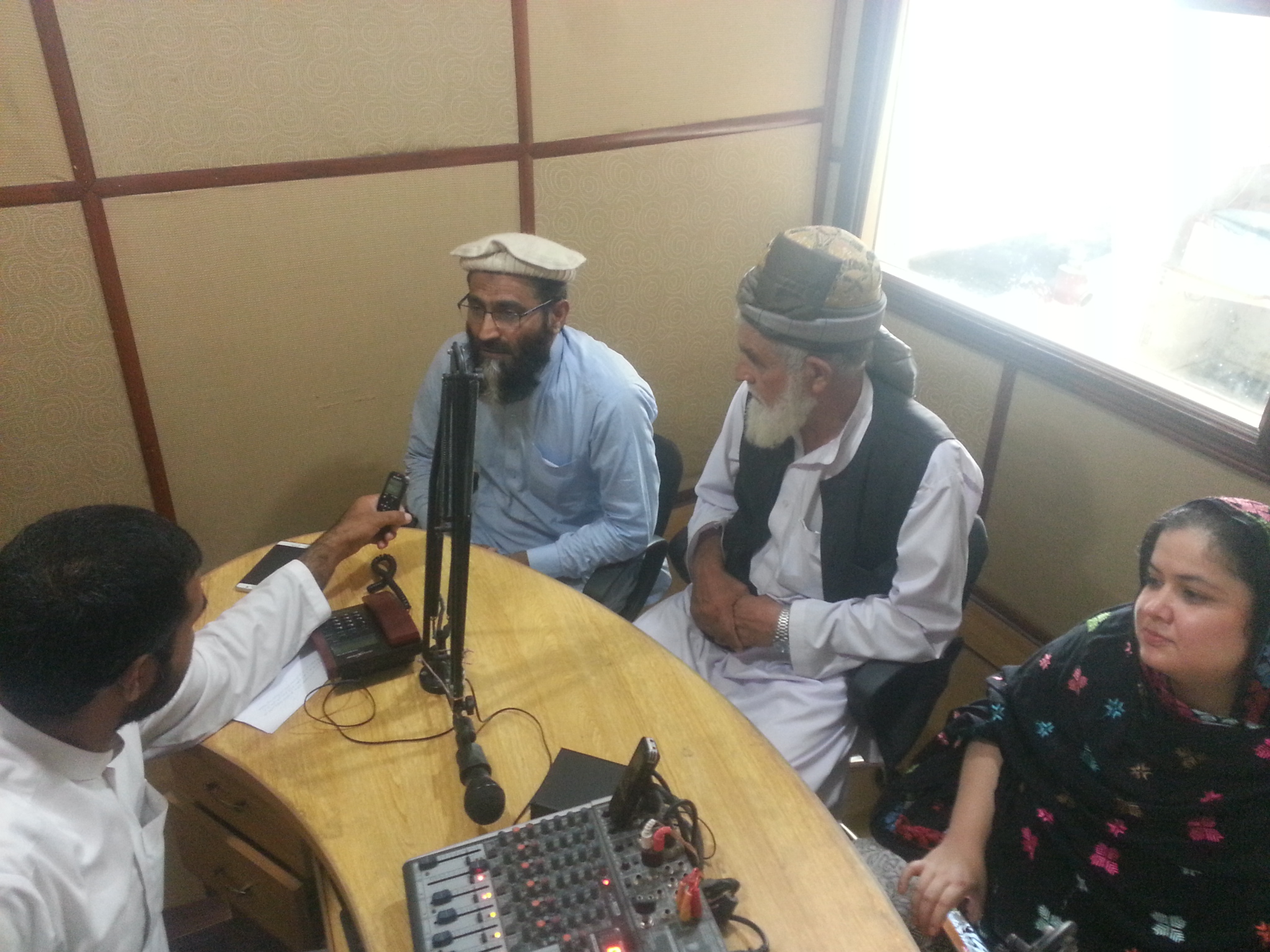 TNN (from Maulana Ahmed Saeed): If it were up to you to choose between Riwaj Act and the 1973 constitution then what would have been your choice?

Maulana Ahmed Saeed: The constitution of Pakistan is in accordance with Islam and it guarantees that no law repugnant to Islamic teachings will be implemented. I will support Riwaj Act if it is approved by the High Court, Supreme Court as well as the Islamic Ideology Council. Any clauses in the Riwaj Act which are contrary to the teachings of Islam must be deleted.

TNN (from Malik Hukam Khan): The FATA people had always been proud of their specific culture and traditions. How the implementation of the constitution and subsequent end of specific traditions will impact life in FATA?

Malik Hukam Khan: It will not impact the specific identity of the FATA people, but traditions will end gradually. Some of the tribal traditions like Badargah and Lokhi have already ended. New ways of life are incorporated in the society with the passage of time and there is no harm in it.

Rahim Shah: I would like to add another thing here. Tribalism is not such a thing which should make us proud. Tribalism means backwardness and the tribal people lag behind in development and access to facilities. Transformation from tribal life will only make us better and advanced citizens and our identity will also remain intact. Even if the tribal identity is lost and all of us are identified as Pakhtun nation, then it will not be a bad deal.

Maulana Ahmed Saeed: Pakhtunism, tribalism and all other nationalities are for identification purpose only, while the basic fact is that all the human beings are equal and children of same parents.

This article has been taken from TNN programme Badloon which discusses political activities and reforms process in the tribal areas. Badloon provides a platform to the tribal people to raise their voice and record their comments on the reforms process. TNN producers Shan Muhammad and Abdul Qayyum Afridi prepared this programme which was broadcast from six radio channels of FATA and Khyber Pakhtunkhwa.