Home Features & Interviews The reasons for a surge in police violence and its solution?
Facebook
Twitter
WhatsApp
Linkedin
Email 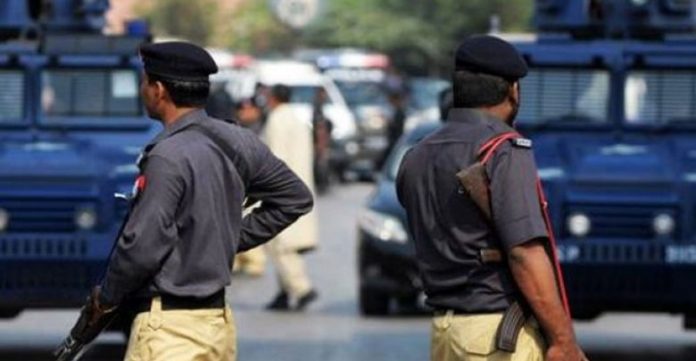 Two people have been killed in two incidents involving police this month. According to Law and police expert’s deformities in such cases as reasons for failure in police training. Overtime duties and excessive legal powers on the part of the police are the reasons because of which the victim faces injustice instead of justice and that’s the reason people end up losing confidence in justice.

Two incidents that happened in the past week have raised a lot of questions, including why Mubashir, who is a resident of Bannu Dombal and a student also, was shot dead by the Faqirabad police.

Mubashir, a graduate of Islamia College Peshawar was on his way to the University of Peshawar to study law and political science and was shot dead by police. Senior police officials said that two police personnel have been arrested in response to this incident.

But the important question originated when 14-year-old Shahzeb, a resident of Khyber Bara District, stranded himself and ended his life in police custody.

When asked about the prevention of such incidents, Peshawar High Court lawyer Manzoor Bashir said that truthful inquiries were needed against the police personnel involved in the incident.

“Such incidents are often investigated by the police themselves, but when the investigation reports of the incident are presented in court, most of the accused are released because of poor investigation”.

Manzoor Bashir said that the police took Shahzeb with them and confined him in custody which is considered a violation of the juvenile justice system.

According to him, under section 5 of the said law, when a minor commits a crime, the police will not keep him in custody but instead will keep him in the observation home where it will be ensured to provide the child with a calm environment under full supervision. Moreover, the parents of the accused will be informed immediately but in the case of Shahzeb, the police have overstepped the law and responsibilities.

Advocate Manzoor Besher put forward the questions that why an accused was forced to commit suicide in the police custody. Was he under psychological pressure or was he tortured? In addition to that, is the police culture really the same as it has proved itself to be?

He further added that the video circulating on social media doesn’t seem to be depicting the whole truth and further shortcomings will be observed when the video of the child being taken out of custody is released.

Shahzeb, who was killed in Peshawar’s Gharbi police station, is accused of verbally abusing a shopkeeper in Peshawar Saddar the same day for buying a drone camera and later pointing a pistol at the shopkeeper as a result of the exchange of bitter words between the two of them. According to police, a pistol was also recovered from Shahzeb. But a relative of Shahzeb Mustafa told TNN that while bathing his body, there were signs of torture on his body and his ears were also bleeding.

When TNN asked a soldier of the Charsadda police force to share the reasons for the sudden firing of policemen on unarmed persons, he said on condition of hiding his identity that his recruitment was temporary as a special police officer (SPO).

“We have not been trained in the way that regular police officers are, nor have we been given refresher courses, which often leads us to miss a shot. And secondly, sometimes the public and police officers suffer from stress because of overtime.

Talking to TNN in this regard, former police officer DIG and Home Secretary Syed Akhtar Ali Shah said that the occurrence of such incidents shows the weaknesses in police training as to why a soldier opened fire on an unarmed person.

He said that maximum attention should be paid to ‘use of force’ in police training institutes and after that ‘refresher courses should be conducted.

Akhtar Ali Shah said that there is no shortage of physical training of police but the real challenge that we face is how to use this force, but unfortunately we also lack training experts.

Talking about Shahzeb’s suicide, he said that according to the law, children would be kept in the observation room home but not having any idea about this shows a lack of education and training.

According to him, a separate technical cadre needs to be formed for the quality training of the police, which would have its own officer up to Additional IG level and a tough recruitment policy should be implemented for the trainees.

Akhtar Ali Shah said that Khyber Pakhtunkhwa police had made hundreds of sacrifices in the last two decades, but such incidents were to no avail.

“Pakistan has Police Rules 1934, there are no flaws in them but if we want the services and sacrifices of the police to get a recognition, those rules need to be implemented completely”.