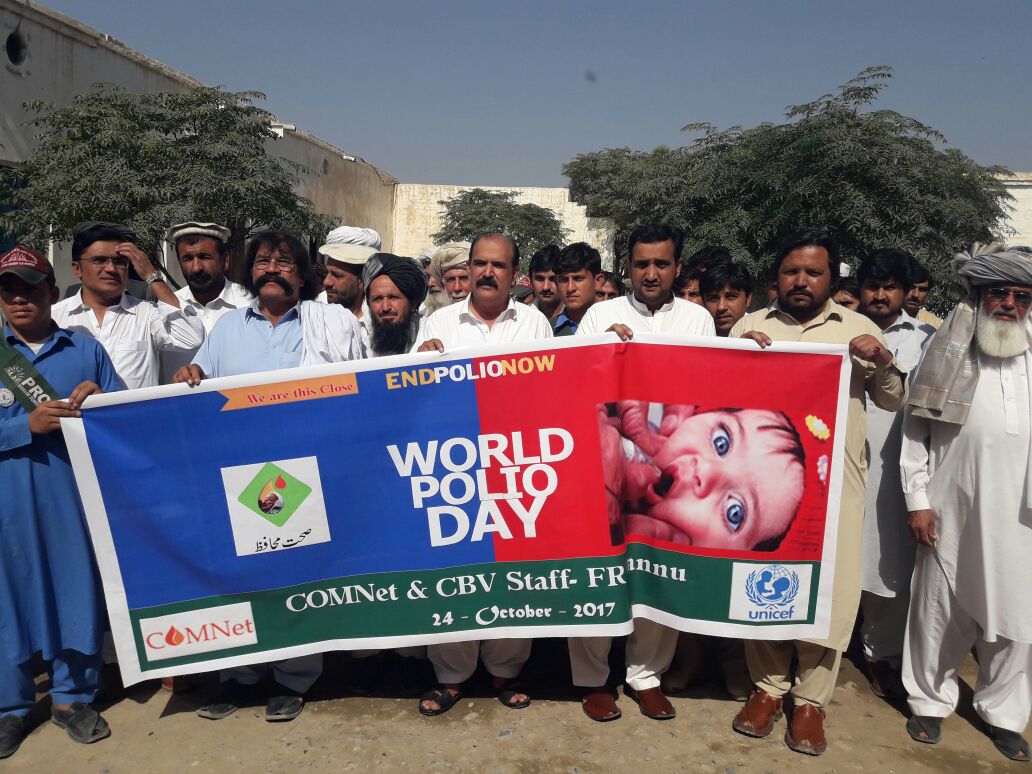 PESHAWAR, 24 October: Like other parts of the country, World Polio Day is being observed with a commitment to fight against poliomyelitis in Khyber Pakhtunkhwa and Fata.

The participants of marches and rallies in various cities of KP and agencies of tribal areas pay tribute to Jonas Salk, American medical researcher and virologist who led the first team that developed a vaccine against poliomyelitis.

In this regard, an event was organized at Frontier Region Bannu where officials Polio Cell and district government, local elders and ulema were present. Surgeon Doctor Arif Wazir said that polio was a incurable disease that disabled children for life.

He said that only option to protect children from permanent disability was to vaccinate them during anti-polio drives.

Religious scholar Mufti Islam Noor Wazir said that opposing polio vaccination on religious grounds was a conspiracy against Pakistan and said that ulema have issued a fatwa in this regard.

A considerable reduction has been observed in polio cases in KP and Fata due to continuous efforts and regular campaigns against the crippling disease.