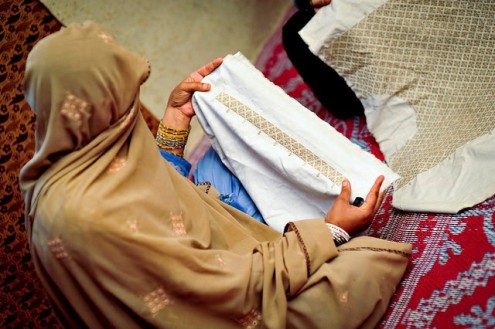 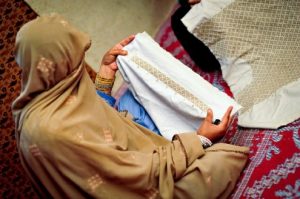 In the project, local women were trained about stitching, embroidery and other such handicrafts. Programme Manager of the Lasoona, Mr Abdul Malik, said they had started the project in 2011, financed by the USAID and SMEDA, in Malakand, Swat and Dir districts.

USAID is the United States Agency for International Development, while the SMEDA [Small and Media Enterprises Development Authority] is an institution of the government of Pakistan under the Ministry of Industries.

Under this programme, 10,000 women, who were already doing embroidery business, were registered for training. Mr Malik added that training polished their skills further while they were also taught about how to do marketing of their products and how to increase their profits and widen their business.

Ms Naseem Akhtar, one of the beneficiaries of the training, told TNN, “In the start, they were taking us to exhibitions but now that the project has ended, we are able to go to exhibitions and we know how to take orders and work on that. In the past, we were earning 500 rupees a month, but now our income has increased up to 15,000 rupees.”