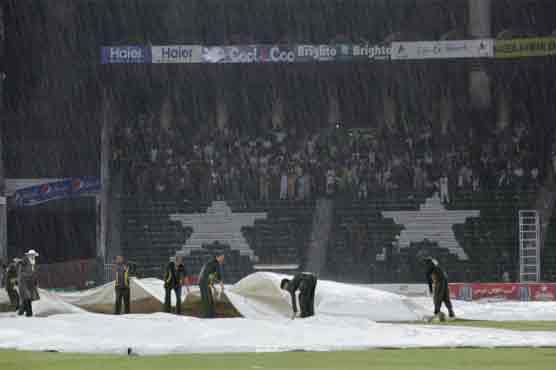 PESHAWAR, 1 June: The third and final one-day match between Pakistan and Zimbabwe ended at Gaddafi Cricket Stadium in Lahore yesterday without any result due to heavy rain.

Pakistan after winning the toss batted first and posted 296 runs for the loss of nine wickets in 50 overs. Zimbabwe were off to a flying start with 68 in nine overs without losing any wickets when the play was stopped due to floodlight failure, strong wind and rain. The match could not go ahead further and Pakistan won the series 2-0.

Pakistan Captain Azhar Ali was declared man of the series. It was the first one-day series in Pakistan after militant attack on the Sri Lankan cricket team in Lahore in 2009.