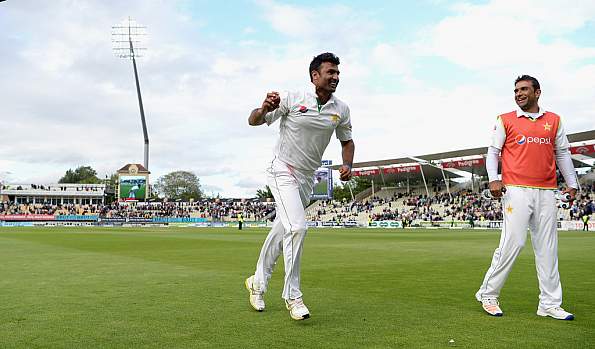 PESHAWAR, 03 August: Five wickets from pacer Sohail Khan helped Pakistan to restrict hosts England to 297 runs in their first inning on the first day of the third Test match at Edgbaston, Birmingham on Wednesday.

Pakistan shook off the top-order of England one after the other, ruling both the sessions.

Sohail marked his return to Test cricket after a five-year absence with four wickets as Pakistan reduced England to 184 for five at tea. The 32-year-old right-arm quick removed a quartet of top-order batting lineup Alex Hales, Joe Root, James Vince and Jonny Bairstow.

Sohail Khan completed his five-wicket haul on the last ball of the 86th over when he plumbed James Anderson right in front of his stumps. Pakistan will start their inning on Thursday.

The four-match series is level at 1-1. The first Test was won by Pakistan by 75 runs while in the second Test, England beat Pakistan convincingly by 330 runs.