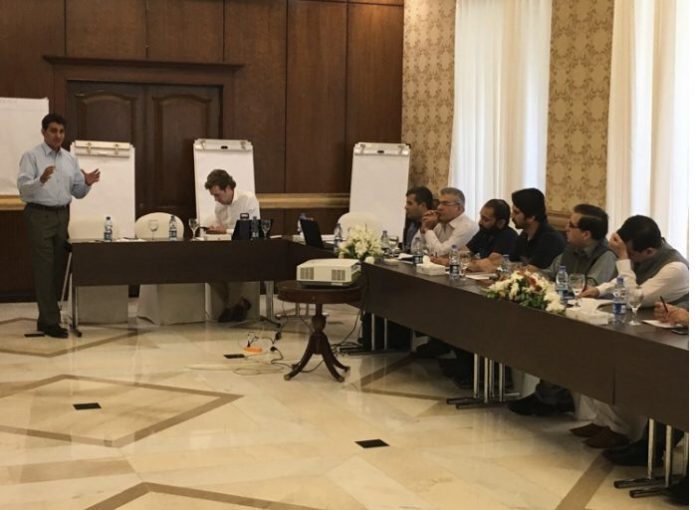 PESHAWAR: United Nations Development Program (UNDP) facilitated a workshop in a local hotel in Islamabad on health initiatives taken by Khyber Pakhtunkhwa (KP) as part of the development strategy for the Newly Merged Districts (NMDs).

Dr Farooq Jamil, Secretary Health Khyber Pakhtunkhwa chaired the event while officials of the provincial health department and UNDP-Pakistan also attended the workshop held in Islamabad. The discussion put a particular emphasis on the problem of maternal and infant mortality and health department’s accelerated program to reduce it by providing healthcare facilities.

“The provincial health department accented on addressing the problem and saving maternal and infant lives with innovative solutions so that numbers of deaths could be reduced,” said the officials. In this regard, an overall monitoring and results framework for the initiatives included in the AIP was also discussed.

In the end, Dr Jameel commended the effort and stressed the need for holding a series of such sessions for devising strategies to address all such issues.

Tribal districts of the province are the worst in the provision of healthcare facilities as infant mortality rates are estimated to be 87 deaths per 1,000 new births. Doctors believe that more than 80 % of newborn deaths can be prevented with access to well-trained midwives, along with the provision of clean water, disinfectants, breastfeeding within the first hour, and good nutrition.