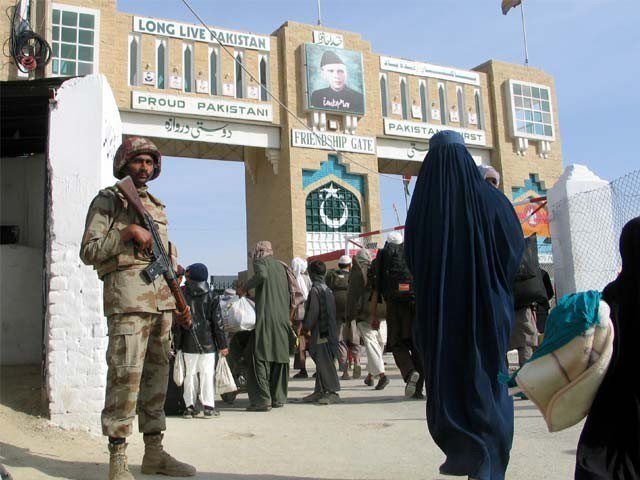 LANDIKOTAL: With the announcement of reopening of Torkham border for pedestrians, thousands of Afghans arrived at the border in a bid to enter Pakistan.

However, the checking process is so strict that only a few hundred Afghan nationals have managed to enter Pakistan during the last two days.

On Thursday, the pedestrian movement was restored after the border officials received written instructions from the Ministry of Interior following an approval by the federal cabinet. All the people, who were allowed to enter Pakistan, were issued online visas as per the instructions of federal government.

On the first day of reopening of the border, only 240 Afghan nationals managed to enter Pakistan by utilising the online visa facility at the border crossing, while 108 Pakistanis also availed the opportunity to come back to their country.

The next day, on Friday, thousands of people arrived at the border on Afghan side in a hope of crossing it, but only about 800 of them managed to enter Pakistan due to strict checking process. Due to high number of people, additional security personnel were deployed on Pakistani side to prevent any untoward situation. The Taliban officials on Afghan side also tried their best to ensure discipline, but desperate people were not listening much and they were trying to enter Pakistan. It was virtually impossible for the border officials to issue visas on spot to all aspiring entrants.

Another difficult situation was witnessed at the border when some family members had to be separated as some of them got visas, while others didn’t.

On May 8, Pakistan closed all its borders with Afghanistan for pedestrian movement in order to contain the transmission of coronavirus from across the border. The restrictions were initially announced for the last week Ramazan and first week of Eidul Fitr during which Pakistan expected an influx of Afghans into the country. The ban was later extended for an indefinite period.

However, Pakistani citizens were allowed to come back from Afghanistan and also the Afghans stranded in Pakistan were allowed to go back during all these months when the Torkham border was closed for routine pedestrian movement.