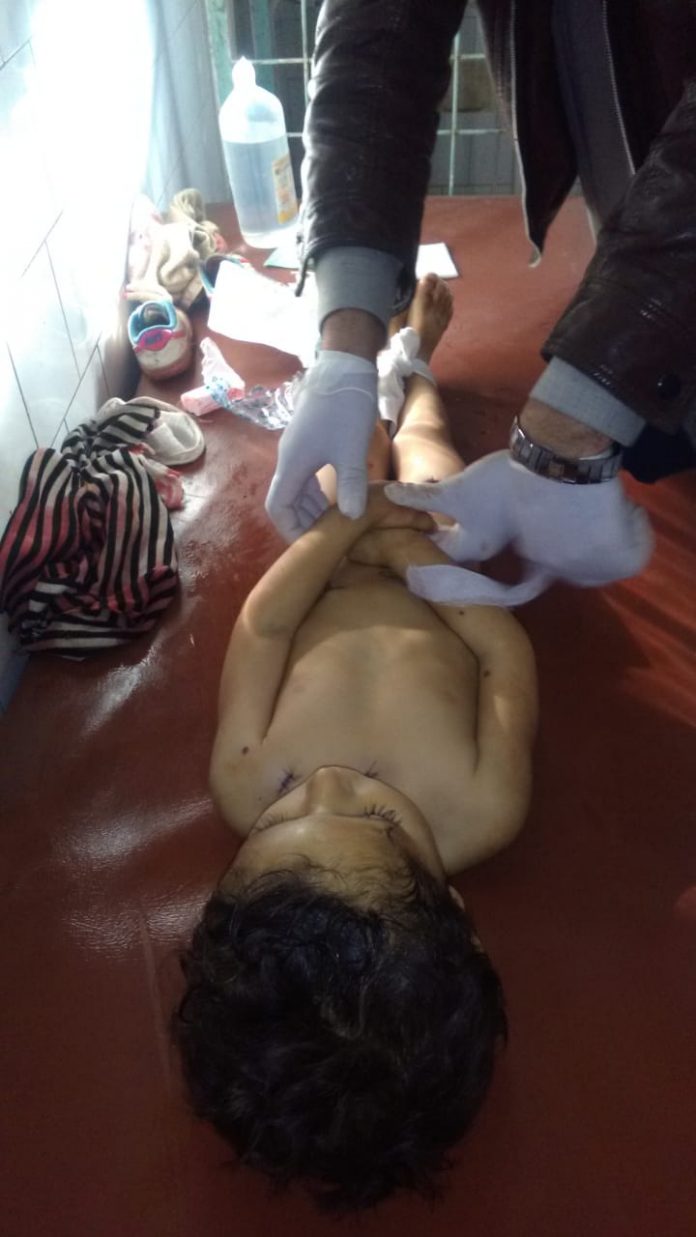 SWAT:  Three children were killed while two others got injured in the explosion of mortar shell in Nilegram area of Matta, district Swat on Wednesday.

Local police said that the children were digging mud in outside fields for repair works in their house when they hit an underground mortar shell that caused a huge blast leaving three of them dead while two injured. The dead include Muhammad Anis 10, Sudais 5 and Muhammad Umar 9 whereas the injured were identified as Nizam and Husanian who were shifted to Matta hospital and then transferred to Saidu Sharif hospital due to their critical condition.

Apart from personnel of Pakistan army, dozens of people have either been killed or injured in such incidents in Swat valley after the militants were flushed out by Pakistani military in operations against Tehrik-e-Taliban Pakistan in the Malakand division in 2009. Local fear that unexploded Improvised Explosive Devices, landmines and ordnances were left unexploded in Swat and Malakand division by Taliban after they were defeated by Pakistan army.

They have demanded of Pakistan army to clear landmines from the district as they were posing serious threats to local populations. The same concerns and fears are shared by war affected residents of Waziristan and other tribal districts where dozens of innocent people particularly women and children have been killed in landmine and IED explosions.