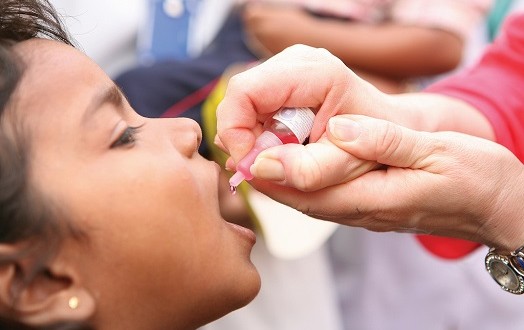 PESHAWAR, 28 August: The three-day anti-polio drive in selected districts of Khyber Pakhtunkhwa and Fata will begin on Monday, officials said here on Sunday.

The official maintained that more than 12000 teams have been established to reach out every child during the three-day drive. He added that the drive would be launched in sensitive districts of Khyber Pakhtunkhwa including Peshawar, Mardan, Charsadda, Nowshera, Swabi, Swat, Bannu, Karak, Kohat, Hangu, DI Khan, Tank and Lakki Marwat.

Similarly, according to the Fata EOC, more than one million children would be vaccinated in tribal agencies and Frontier Regions (FRs) during the three-day drive.

Stringent security measures have been adopted in Fata and the settled districts of Khyber Pakhtunkhwa to provide protection to the polio teams.